UK Creative Industries Worth £8.8m Per Hour to UK Economy 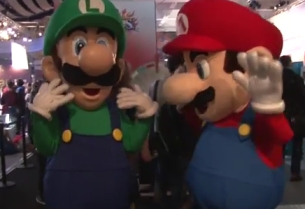 New figures published today reveal that the UK’s Creative Industries, which includes the film, television and music industries, are now worth £76.9 billion per year to the UK economy. This massive contribution is an all-time high and equates to £8.8m per hour, or £146,000 every single minute, playing a key role in the Government’s long-term economic plan.

The latest statistics come as 2015 looks set to be another bumper year for UK creative talent. There is already a huge number of highly anticipated offerings from every sector of the UK’s creative community; be it the latest Bond film, Spectre, the next instalment of Game Of Thrones, the eagerly awaited conclusion to the Arkham videogame trilogy Batman: Arkham Knight or the publication of the first illustrated editions of the Harry Potter series of novels.

As well as entertaining us, the Creative Industries drive growth, investment and tourism, which is why supporting the sector is a key part of the Government’s long-term economic plan. The tax reliefs in place continue to be a powerful tool in attracting foreign investment, and last year’s publication of the CreateUK strategy set out how Government and industry will work together to ensure the continued success of this dynamic sector.

Key findings from the statistics released include:

- Gross Value Added (GVA) for 2012-13 increased by 9.9 per cent - more than three times that of the UK economy as a whole, and higher than any other industry.

- The value of services exported by the Creative Industries was £17.3bn in 2012, 8.8 per cent of total UK service exports.

- Between 2011 and 2012 the value of service exports from the Creative Industries increased by 11.3 per cent. This compares with an increase of 2.8 per cent for total UK service exports.

Sajid Javid, Secretary of State for Culture, Media and Sport, said: “The UK’s Creative Industries are recognised as world leaders around the globe and today’s figures show that they continue to grow from strength to strength. They are one of our most powerful tools in driving growth, outperforming all other sectors of industry and their contribution to the UK economy is evident to all.

“Government is determined to continue its support for this most dynamic of sectors as part of our long-term economic plan. The tax reliefs we’ve got in place and are extending to Children’s TV and orchestras have been instrumental in attracting inward investment, and are part of broad package of measures designed to ensure the continued success of the Creative Industries.”

Nicola Mendelsohn, industry co-chair of the Creative Industries Council (CIC) and Vice President for EMEA at Facebook said: “These latest figures highlight the great successes of the UK’s Creative Industries with many developments, initiatives and international awards.

“The Creative Industries Council launched CreateUK last year - the first ever industry-led strategy to ensure growth and secure further jobs in the UK and internationally. It will also play an important role in exporting UK creativity to the rest of the world and encouraging inward investment here.

“2015 is set to be an exciting year with so many highlights to come. We're well placed to continue to secure the UK’s place as a leading global hub for the Creative Industries for the decades to come.”