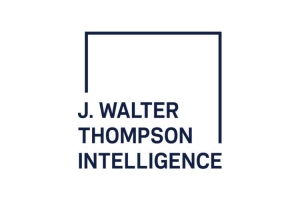 70% of consumers believe advertising is more creative than in the past while more than half think it is more entertaining (56%), funny (58%), sophisticated (53%) and high quality (63%).

More than half (56%) of people also agreed with the statement “sometimes a great ad can be better than the TV programme”.

However, 24% also think TV advertising is more sexist and 33% believe it is more stereotyped than in the past, according to figures from J. Walter Thompson.

Joe Petyan, Executive Partner at J. Walter Thompson, said: “It’s great to know the public still loves and cares so much about TV advertising. It’s been through golden times, variable times and tough times – but it would appear consumers are enjoying what we’re doing now more than ever. By continuing to deliver pioneering solutions in television we can continue to wow viewers and build enduring brands and businesses.”

James Whitehead, Executive Partner at J. Walter Thompson, said: “With TV advertising playing such an influential role in culture and our society, the industry has a responsibility to ensure that the work is not sexist and is representative of both genders.”

September 22 marked the 60th anniversary of ITV, and with it the birth of commercial TV advertising in the UK. To celebrate this J. Walter Thompson Intelligence commissioned a survey of 1010 18+ UK residents measuring consumers’ feelings on how TV advertising has changed in that time.

As well as being more creative the research found that consumers thought modern advertising was also more effective with 64% agreeing with the statement “Ads are now more effective at selling than they used to be” and 54% agreeing that “companies speak more directly to me through TV ads these days”.

The figures also show that most respondents (25%) thought that the current decade was the best for TV advertising when compared to the others. The 70’s came second with 20% followed by 90’s (16%) 80’s (15%) and the 60’s and 2000’s coming joint last with 12%. However, this surge of support for the 2010s was pushed by millennials (18-34), who were obviously not alive to experience the earlier decades, with 36% of them saying the modern decade was their favourite.

Millennials also strongly believe the internet has had a positive effect on TV advertising with more than half of them thinking TV advertising has become more creative (59%) more effective (50%), more entertaining (52%), more high-quality (59%) and funnier (53%).

The top five ads brits “love to hate” were:

3. Cillit Bang “Bang and the Dirt is Gone! with Barry Scott”