5.8% growth forecast for UK advertising market in 2014, boosted by World Cup, according to ZenithOptimedia 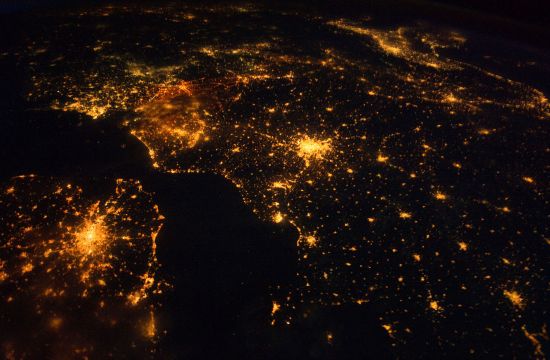 The UK advertising market is forecast to grow faster than any other market in Western Europe during 2014. This will be the fifth year running that the UK has outperformed Western Europe, this year growing eight times faster than the rest of the region.

According to ZenithOptimedia’s first UK Advertising Expenditure Forecasts, the advertising market is set to grow by 5.8% to £13.7bn in 2014, beating the healthy 5.5% growth it achieved in 2013.

The strong growth will be supported this year by the UK’s continued economic recovery and by the World Cup in Brazil. Longer term growth in the UK market is being driven by the ongoing rise of mobile technology and programmatic buying.

Over the past year, the level of recovery in the UK economy has surprised most observers. The economy grew by 1.8% in real terms – the fastest rate in six years – thanks mainly to higher consumer spending and an improved housing market. Business investment and exports lagged behind for most of the year, but picked up in the last quarter, while manufacturing expanded strongly in early 2014. Concerns about the sustainability of the recovery remain, but most forecasters expect growth to be higher this year than last year. Advertisers have been emboldened by this recovery, especially when contrasted against the weakness of the eurozone. Categories that are particularly sensitive to consumer confidence – such FMCG, finance and auto – have been particularly active in the year to date.

The World Cup will boost mid-year spend, particularly on TV

The World Cup is set to provide a sizeable spike in consumption across all media, but the effect will be greatest on television. During the last World Cup, 83% of the population watched at least one game, and 21 million people watched England v Algeria. We expect audiences to be particularly high this year. Brazil has a reputation for top-quality football, and because of the time difference with the UK, many matches will run in peak time. In addition, the Premiership is now more global than ever. Of the 32 teams at the World Cup, only Russia and Colombia currently lack a Premiership-based player. This means that fans will have more reasons to watch matches that do not involve England.

The World Cup will supply large numbers of viewers who are hard to reach on TV (notably upmarket young men), making it particularly attractive to the drinks, auto and telecoms sectors. ZenithOptimedia expects the World Cup to add about £50m to the total UK market this summer, about £35m of which will go to TV, helping TV adspend to rise by 5% in 2014 to £3.6bn.

Mobile is supplying 94% of all growth in UK adspend

Mobile is growing so rapidly due to its wide reach and deep engagement. According to Google, 62% of the UK population now owns a smartphone, and 91% of these owners use them to access the internet daily. Research from Samsung/O2 suggests that smartphone users spend just under two hours (119 minutes) on their phones each day. Most of this is new media consumption, creating opportunities for advertisers that did not previously exist. Mobile is expanding the scope of the UK advertising market, not cannibalising traditional media.

Advertisers are learning how best to reach this large and valuable audience in a personal and effective manner. Categories that a few years ago were reluctant to use mobile are now spending heavily. FMCG spend has grown very quickly to become the largest display category on mobile (27% of total display adspend in H1, according to the IAB), and we expect it to continue to grow rapidly into 2015 too. But the principle driver of mobile growth has been mobile search, which has the advantages of convenience and portability over its desktop equivalent. Users can now easily search in the high street, on the train and while watching TV in their living room, and they are doing so eagerly.

Desktop growth is driven by social media and programmatic buying

In contrast to mobile, we expect desktop internet adspend to grow only 4% in 2014. Desktop classified is essentially flat this year, as is search. This year we expect almost all new search expenditure to be on mobile, following the behaviour of consumers.

The main source of desktop growth is display, which we predict to expand by 15% in 2014 - most of this growth is coming from social media and programmatic buying. Programmatic buying gives advertisers an efficient way to obtain control, scale and low costs. Today it represents 17% of total UK display adspend, and this share is expected to grow to 30% by 2016. This should particularly benefit video advertising this year, as real-time bidding for online video becomes widely available, allowing advertisers to target their video activity much more effectively.

Between them, mobile and desktop internet will attract 44% of all UK advertising expenditure this year, more than in any other country. By 2016 we expect this proportion to rise to 50%.

“The UK has the most developed internet advertising market in the world, and so is well placed to take advantage of the opportunities created by the mobile revolution. But the spectacle and drama of the televised World Cup should remind us of the continued power of traditional media,” said Mark Howley, Group Managing Director, ZenithOptimedia UK.