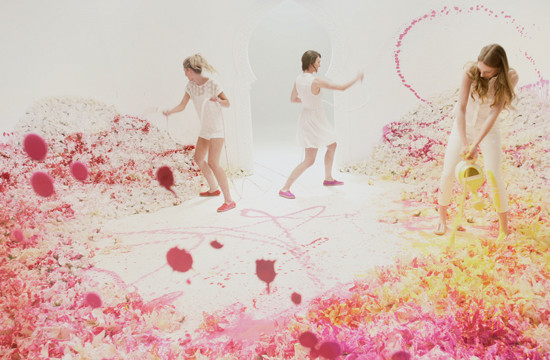 M&C Saatchi commemorates the most coveted seasons with two whimsical fashion films for UGG Australia, “Here Comes Spring” and “Pop of Summer.”   The two spots were directed by Lorenzo Fonda and produced by dillygent&son.

The imaginative Fonda introduces us to the Delizah shoe with three coy models in a room composed of a blank canvas of white flowers.  One by one they splash and spray paint on the flowers, transforming the room into a celebration of spring to the distinctive song “Line It Up” by Extreme. The Italian director welcomes those anticipated summer beach days in the Indah slip-on with just a pop of a balloon to the airy track “Skyscraper” from Elephant.