Africa celebrates the return of the UFC athlete with #BeSpider 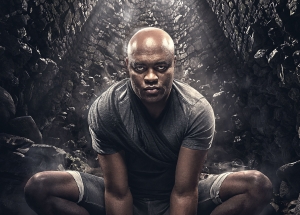 The last 12 months were the most difficult in the life of Anderson Silva, according to the fighter himself. And Budweiser, the brand of epic moments, that always believed in the hero, couldn't miss the opportunity to support and be with the athlete‎ during his return to the Octagon.

Entitled #BeSpider, the campaign created by Africa ‎focuses on overcoming and aims to become a mass movement to support Brazil's main UFC fighter, who is coming back on January 31st, in Las Vegas, in a duel with Nick Diaz.

"Budweiser believes and was always with Spider. That is why we understand this return as an epic moment that should be celebrated in grand style. When Anderson is in the Octagon, ‎we know that everyone stops to watch and we want to involve Brazilians as special fans. That's why we had the idea to create the #BeSpider movement", says Diana Maranhao, Budweiser’s marketing manager.

The film references the most difficult period the athlete has ever lived. Through flashbacks, Anderson re-lives emblematic moments through real scenes from his career and defining people in his professional trajectory. A cinematic script, which reminds viewers of super-hero blockbusters.

The film starts in the arena where Anderson's last fight took place. He falls on the ground with a broken leg and cries out in pain. From that moment on, we see and hear from the fighter's point of view: fans screaming, camera flashes, technicians and doctors entering the Octagon to assist him.

The fence is now surrounded by rocks and is dozens of meters deep. An Octagon as deep as a well. And he's at the bottom. We see the fight from up close - Anderson against his main adversary: himself. The athlete had to recover his self-confidence to become Spider again and bring back the good moments, preparing for his grand return.

With extensive special effects, the film was directed by Pedro Becker and the acclaimed Brazilian cartoonist Rafael Grampa.