Sasha will be working with Ueno clients, Google, Uber and Visa and also will be managing and mentoring other designers 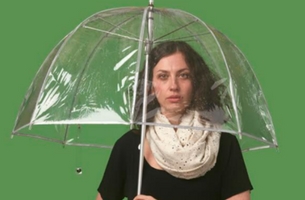 Before joining Ueno, Lubomirsky held leadership roles at the subscription-based writing platform Medium. She has spent more than a decade helping technology brands such as Airbnb, YouTube, Google and Android hone their products through research and user-centred design. However, the Kiev, Ukraine, native developed her observational skills early.

“Being an immigrant taught me from an early age to observe carefully,” said Lubomirsky, who left Soviet Russia at age five. “The thought was always, ‘This is how things happen here,’ and not ‘This is just how things work.’ That probably influenced my observation skills from a pretty early age, which in turn honed the design fundamental of curiosity and inspection.

Her family eventually moved to San Diego, where she became interested in technology. She went on to study social science with an emphasis in psychology at Stanford and, while there, learned about user research, which combined psychology with technology. Lubomirsky became hooked. This led to a research position at Google after graduation. Within the first year, she transferred to YouTube, helping kick off the research program there.

As Lubomirsky’s understanding of design matured, her focus not only expanded beyond just the details of interactions but also broader questions on user needs and motivations. “There’s more to good design than answering whether this little widget makes sense or not,” Lubomirsky explains. “Sure, that’s important—if your brilliant product is confusing to use, no one’s going to ‘get’ its brilliance. But being able to use the product is not suddenly going to make people fall in love with what you’ve made. Good design is also about how to design something people love, and that takes a much broader understanding of the people you’re designing for.”

In addition to working with Ueno clients Google, Uber and Visa, Sasha will also be managing and mentoring other designers.