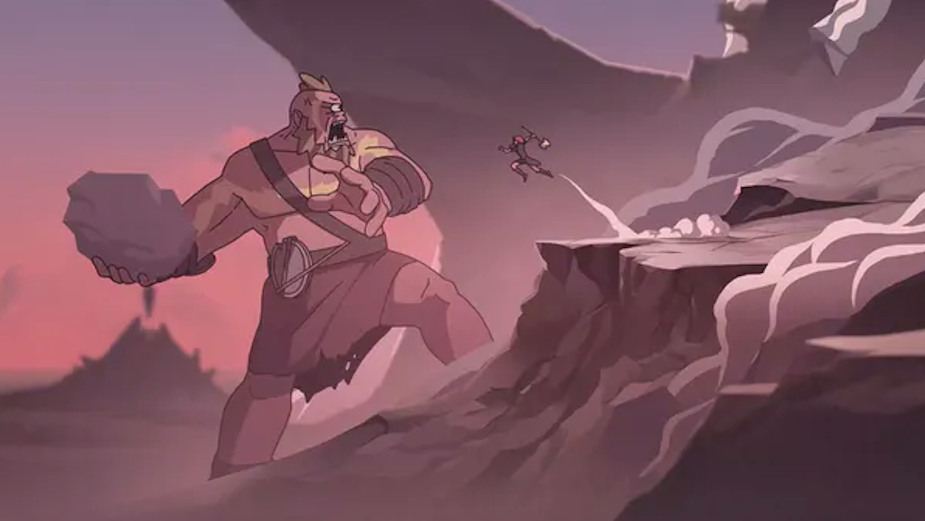 On 3rd December 2020, Ubisoft launched an ambitious new license - 'Immortals Fenyx Rising', an epic game rooted in Greek mythology, in which players embody Fenyx, a demi-goddess called upon to save the gods.

The new adventure propels players onto the Golden Island, where an epic quest awaits them – save the gods of Olympus from the terrible typhoon, the most fearsome titan in Greek mythology. The action / adventure franchise inspired by Greek legends complements Ubisoft's product portfolio which also includes 'Assassin's Creed' and 'Far Cry'.

That’s why agencies CLM BBDO (creation) and Proximity (strategic planning) didn’t choose to focus on the game’s history, but rather its experience.

"Your character gets an increasingly exhilarating feeling of omnipotence with each monster’s defeat. Each victory makes you stronger, and hence shapes your legend," explained Benjamin Dessagne and Stephane Santana, CLM BBDO's creative directors: "That’s the particularity of the game we focused on when we set out to build the idea of this film on and its narrative arc.”

At the realisation, we find the CRCRs. Award-winning in many international festivals, Direction was led by CRCR, an internationally renowned award-winning collective of animators trained at Paris’s infamous Ecole des Gobelins. The collective stands out for its graphic universe, at the crossroads of American comics and Japanese manga.

The film plunges us into the heart of an epic battle between Fenyx and assorted mythological monsters. Each time, the heroine wins thanks to her divine artifacts, which appear sporadically, as in the game. The entire battle takes place on a gigantic mountain where the shocks are so powerful they loosen boulders, much like the battles seen in 1980s-90s Japanese manga, like 'Knights of the Zodiac' and 'Dragon Ball Z'.

At the end of the film, set to 'How You Like Me Nowby The Heavy', we learn that the impacts from the battle have gradually shaped the mountain into the form of the heroine. A colossus, symbolising the campaign’s signature ‘Every battle shapes your myth.’

The campaign also includes three teaser films that set the backdrop for the main launch film, each emphasising the specific strengths and elements that make the game unique, as well as a making-of.

The digital film went live across Ubisoft’s online channels starting 24th November. Monsters get a reprieve till then.