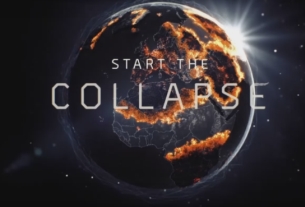 Ubisoft's 'Collapse' is an interactive digital experience launched leading up to the release of the company's latest title, The Division. Based on the fictive yet realistic storyline of the game, which takes place in a society on the brink of extinction, Collapse is an end of society simulator that uses real data to create a hyper-personalized experience of events to set the scene before the game’s launch in March. Click here to try it for yourself.

Developed by BETC Paris in the years leading up to the launch of The Division, this fictional simulation demonstrates how quickly the cities and society that we take for granted can fall apart.

Through a sequence of interactive storytelling, Collapse takes viewers through the consequences of the fictional Variola Chimera pandemic - a virus that is three times as deadly as smallpox, one of the most dangerous viruses known to humanity, which itself has been eradicated.

It’s a powerful reminder of the fragility and complexity of the interdependent systems that we rely on daily – power, transport, banking, hospitals and communications. When one fails, others follow, creating a deadly domino effect that can cripple society in a matter of days.