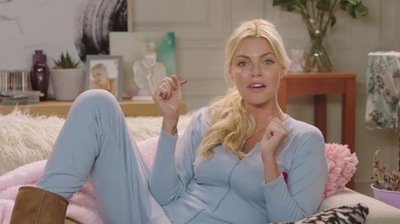 Get ready to hear what people are having for dinner tonight. Because that's the hot topic at the centre of UberEATS first brand campaign in Australia via Special Group and The Glue Society.

UberEATS is on a mission to inspire anyone out there who is scratching their head wondering - 'What to eat tonight?'

Says Dave Hartmann, Special Group: "It's a question we all ask ourselves every day. And one we often draw an uninspired blank on. In fact, according to UberEATS research, come 5pm each day more than 1 in 3 Aussies don't know what they are eating for dinner that night. And when it comes to the crunch, I think most of us will admit to just defaulting to the same old options...or whatever's wilting in the fridge."

To give Australia a little encouragement, UberEATS has called on some well-known and beloved personalities to tell us what they'll be eating for dinner. The campaign provides a voyeuristic journey inside the appetites of

celebrities, inspiring people to broaden their culinary horizons and explore the magic of UberEATS.

Says Steve Brennen, marketing director, Uber Australia: "UberEATS makes it simpler than ever before for Australians to access an incredible array of restaurant quality food delivered to their door quickly and reliably.

"This newfound choice is proving super popular with a large and fast growing number of Australians, and we wanted to celebrate this with a fun and humorous campaign featuring some well-loved faces.

"Every day we get to partner with thousands of restaurants across Australia, who cater to a wide variety of tastes right across the country, and we're pleased to put some real local favourites front and

centre in the campaign."

Says Watts: "After a long day at work, gliding down staircases and tousling my hair, there's nothing I appreciate more than a cheesy treat... Tonight, I'll be eating a triple cheese stack with fries. Simply award-winning."

The campaign will kick-off with a series of nine x 15 second TV spots and online films, each featuring a different celebrity, proudly declaring their local dinner choices. The creative has been tailored to each city's restaurant options, across Sydney, Perth

and Brisbane. This will be supported by OOH, radio, digital, direct and PR, as well as a host of live social media activations, media partnerships, traffic-read integrations and culture hacks featuring celebrities and influencers.