Maud also played a fundamental role in the rebrand, through the creation of a full brand identity and design elements 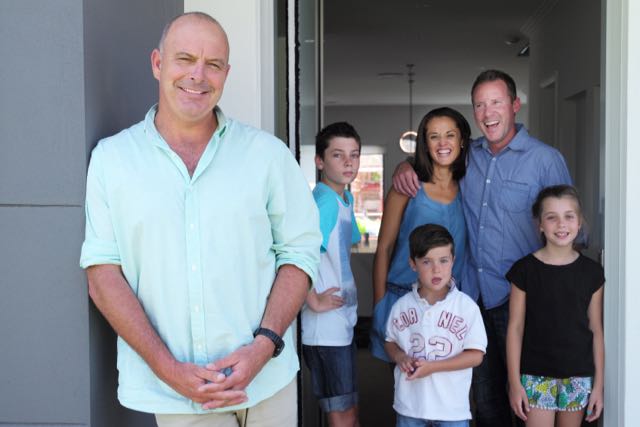 UBank has relaunched its brand and revealed its new guiding principle 'Just the Bank You Need'. When it comes to banking, a lot of banks pull out all the bells and whistles trying to glamourise the experience but there’s really no need to over-complicate banking; because all those things, though extravagant and nice, cost money. Your money.
With this in mind, The Monkeys have been working on UBank's brand relaunch, and together with the bank’s new brand identity, designed by MAUD, have developed a brand re-launch campaign called the 'All I Need Project’ that challenges the way banks work within our increasingly ‘more is more’ society.
UBank’s new ethos will challenge customers to take a look at the life they’re leading and question what they really need, versus what they want – in effect encouraging them to borrow less, have less debt and subsequently live more.
To coincide with the rebrand and relaunch, The Monkeys in partnership with Bombora Productions have also created a confronting TV documentary, in association with UBank, which will air at 7:30pm (EST) on Friday 5 February 2016 on 7Two.
To view the All I Need documentary trailer click here
The show follows two Australian households as they reassess their lifestyles, analysing how far they have stretched themselves financially by mistaking what they want with what they really need, in the process asking us whether we need to reframe the ‘Australian Dream’.
The Monkeys co-founder and executive creative director, Scott Nowell said: "After having banks throw money at people for so long, it's a brave and insightful client who is willing to start a conversation around whether chasing ever-bigger places and buying more stuff to fill them is the most appropriate way to live our lives. It's certainly had everyone who's touched the campaign thinking about their own circumstances.”
"This is a significant launch and represents UBank in a totally new way, including brand strategy, customer experience, identity and communications. We have been with UBank since day one so it is great to see through the evolution of the UBank brand," added The Monkeys CEO and co-founder Mark Green.
Maud played a fundamental role in the rebrand, reinforcing UBank's new position through the creation of a full brand identity and design elements of the brand.
Says David Park, executive creative director at Maud: "There's an onus on design to ensure that every customer interaction is as simple and intuitive as possible. The design system and identity we've developed for UBank addresses all aspects of the brand experience, simplifying how we portray information, enhancing the online interface, and modernising the way the brand communicates through advertising."
Jo Kelly, CMO at UBank says of the new rebrand: “UBank spent time talking and listening to our customers and found many didn’t feel clear on what the UBank brand stood for in the market. These insights offered the opportunity to take a stand and empower our customers.”
In addition to Maud and The Monkeys, PR agency Pulse supported with a research led PR campaign as well as utilising UBank's CEO, Lee Hatton, to communicate the brand's new brand proposition to key media. Media partner, Bohemia, managed a digital ad campaign.
For more information or to check out the rebrand, visit www.ubank.com.au.

(Pictured: Host Andrew Daddo meets with The Winn family as part of Channel 7Two's All I Need program. The show premieres on February 5 at 7.30pm EST, and follows two households t Australian households as they reassess their lifestyles, analysing how far they have stretched themselves financially by mistaking what they want with what they really need.)
view more - Creative