New track available free for 24 hours with Bank of America 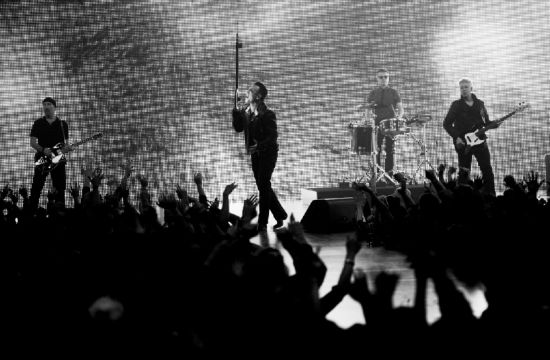 On Super Bowl Sunday, February 2nd, super group U2 released their latest track, “Invisible”. The song will be globally available via iTunes as a free download to benefit (RED) for 24 hours. For every download, the Global Fund – via (RED) - will receive a $1 donation from Bank of America with the total donation dependent on how many people worldwide download the track. This new partnership sees Bank of America committing $10m to (RED), and has resulted in a $10 million match from the Bill & Melinda Gates Foundation, as well as $1 million each from both SAP and South Africa’s Motsepe Family - bringing the total commitment to $22 million.

“Invisible” is produced by Danger Mouse and mixed by Tom Elmhirst. The video for the track is directed by Mark Romanek (Jay Z – Picasso Baby; Johnny Cash - Hurt; Nine Inch Nails - Closer), 60 seconds of which will be shown during a Super Bowl ad break on February 2nd, and on YouTube from 8:00pm GMT the same day.

(RED) was set up to channel funds to the Global Fund to fight Aids, TB and Malaria and has already generated more than $240 million* since being founded in 2006 by Bono and Bobby Shriver. 100% of the funds raised by (RED) go to the Global Fund as no overheads are removed.

*(RED) funds are fighting AIDS in 8 African countries -- Rwanda, Lesotho, Swaziland, Zambia, Ghana, Kenya, Tanzania and South Africa - where they pay for AIDS treatment, testing and prevention services, with a focus on ending mother-to-child transmission of HIV and achieving an AIDS free generation. (RED) and its partners -- from Bank of America, to Starbucks, Apple and more -- are united in a global push to end mother-to-child transmission of the deadly HIV virus by 2015, in accordance with the UN Millennium Development Goals.