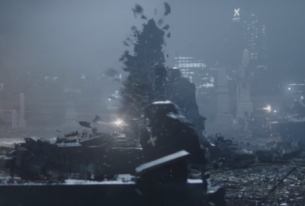 The first beat in the Quantum Break title campaign, created by twofifteenmccann, is the release of the live-action teaser trailer, “The Cemetery”.  In the film: the world of Quantum Break is brought to life as Jack Joyce (Shawn Ashmore) is hunted by agents from Monarch Solutions while he mourns the loss of his brother. But time isn’t the same anymore. It’s broken. And it is the only weapon Jack has to survive a world in chaos.

A new game for Xbox, the time-bending Quantum Break stars Ashmore (X-Men franchise) as both voiceover and the protagonist, Jack Joyce; Aiden Gillan (“Game of Thrones”) as his nemesis, Paul Serene and Dominic Monaghan (“Lord of the Rings”) as Jack’s genius brother, William. The teaser will run digitally and on social channels, with ad support internationally. The game itself will launch on April 5, 2016 on Windows 10 and on Xbox One.