Twitter’s Redesign: A New Design for a New Direction

Trends and Insight 922 Add to collection 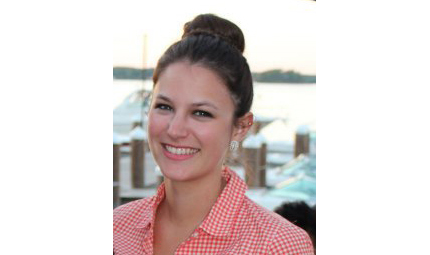 The ‘Twitterverse’ has been rumbling with fiery reactions to the upcoming redesign–particularly the new profile page, which will now resemble that of Facebook. But what these 140-character rabble-rousers seem to be missing is that these redesigns are largely cosmetic, and will have a tiny impact on how people actually use the platform.

But what is worth noting is the motivation behind the redesign. By blowing out user profiles in much the way Facebook has, Twitter is saying that it too can be a one-stop social shop. If successful, the move could very well boot Facebook off of its social media throne.

Using the redesign as an indicator, here are a few things we can expect to see from Twitter in the near future:

The redesign all but confirms Twitter’s shift towards visual content. A few weeks ago, Twitter rolled out a new image functionality that allows users to include up to four photos in a post. Now, Twitter is introducing the ability to sort content based on type (i.e., videos, photos, etc.) and will also highlight visual posts that perform best on the platform.

Looking forward, we will likely see select users experimenting with third-party vendors to share more dynamic visual content–like GIFs within a tweet. And it may not be long before Twitter makes this type of functionality available to all users.

At 25,000 tweets per second, Twitter collects a massive amount of user data, and we can expect to see Twitter leveraging both its data and its close rapport with real-time TV broadcasts to provide marketers with more specific targeting capabilities.

For one, Twitter could use insights from user conversations about TV shows–and commercials–to provide more customized ad targeting. Furthermore, Twitter could potentially use language-processing technology to contextualize users’ conversations beyond just identifying keywords. Just imagine, in this scenario, customized ads could have been targeted–in real-time, no less–to viewers who reacted negatively to the How I Met Your Mother finale.

3. Opportunities for commerce directly on the platform:

Twitter has already partnered with brands on commerce-related campaigns, such as Starbucks’s “Tweet-a-Coffee” campaign, in which users were able to connect their Starbucks and Twitter accounts to tweet a $5 Starbucks gift card to a friend.

In the future, though, Twitter will be able to serve as a destination for direct commerce, allowing users to input their credit card information directly into the platform, and partnering with brands to allow users to make purchases via tweets.

As the redesign rolls out to the masses, we can expect these topics to remain in the debate forum. Some users have already begun to tinker with the new visual features, and this experimentation will only increase with time.

So while the ‘Twitterverse’ transitions from rage to adoption, it is important to remember that, as a single event in Twitter’s lifespan, this redesign will have very little impact on the platform. What will have a bigger impact are the changes Twitter hopes to make over the coming months, and this makeover is a solid indication of their plans.