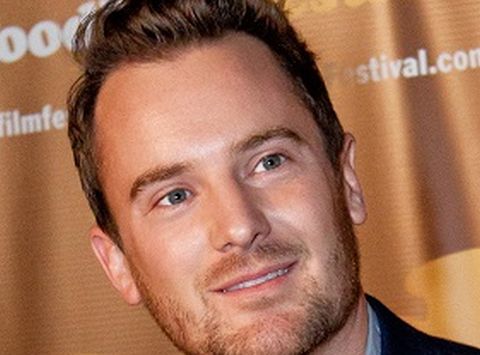 The Twist motto for 2014 is “Expand.” Highly motivated by that intention for the New Year, Twist Executive Producer Amyliz Pera, based in Manhattan, has just signed up-and-coming talent Director/ Photographer Scott Pitts. Pitts has become very well-known over the past year on the Food Festival circuit for his award-winning short films with titles such as “The Benevolent Baker: Doughnuts” and “The Benevolent Butcher: Bacon.”

"Twist's roster selection process is fairly involved. Even though we've been expanding quite a bit, the growth has been very considered. As a company, we put a lot of emphasis on nice looking work and on quality people. Scott's aesthetic really fits our roster. It's the first time I've come across a food reel that I've wanted to add next to the talent of our long-time food & people Director, Rich Michell."

Company President & Executive Producer Jim Geib adds, "When Amyliz shared Scott's work with me, I immediately saw that it would be a nice compliment to what we have in Rich. The two of them share a love for simple beauty, but they each have their own look and areas of experience. We have several production teams around the country, and I have a real interest in developing additional studio space to compliment what we already have and increase the number of cost-effective and convenient options for our clients."

Director/Photographer Scott Pitts has the unique capability to sync creative vision with business objective. Scott launched a successful career in food photography ten years ago after a brief stint in the world of advertising. He has collaborated on campaigns for global brands including Frito Lay, Starbucks, Coca-Cola, Nestle, and Quaker. Leveraging his expertise in creating mouth-watering stills, Scott expanded his capabilities to include table-top directing and has garnered national press for his captivating food films. “The New York Times” said in a recent article: “...[the] films look like a fancy food magazine layout come to vivid life.” His film and video work, which has been internationally showcased, has also been recently awarded; Scott was a finalist in the 2013 Saveur Video Festival, a 2013 PDN Photo Annual Winner, and a winner in the 2012 Chicago Food Festival. Scott shoots across the country regularly, and has teams in Los Angeles, New York, and extensive experience in mid-markets such as Seattle and Minneapolis. Scott travels to wherever the food is. He has a strong, natural, sensory, and food-centric philosophy and vision. Commenting on Scott’s food films, “The Huffington Post” claimed, "We're officially starving." And George Motz, host of the Travel Channel's Burger Land and Director of the national Food Festival in New York, Chicago, and Charleston, South Carolina said, "Holy f@#kballs that's incredible!"

“I am thrilled to join Twist because of the company’s national, and now international reach, as well as its full-service staff and internal sales team,” explains the Director. “Amyliz and I sat down in New York for a meet-and-greet; and it turned into a three-hour discussion about our shared philosophies. In my work, I attempt to engage the senses and present food in a natural and imperfect way. I believe strongly in relationship building with my clients, in order to develop trust over time. I treat every client and every project like it’s my first and possibly my last. I already know that everyone at Twist shares these core values. After collaborating with the Twist team for a short time, I am impressed with everyone there. They have knocked it out of the park for me a few times in just the opportunities they are bringing to the table.”

Twist Director Scott Pitts is currently developing branded video content for the cult brand Dinosaur Bar-B-Que, a growing eight-location restaurant headquartered in Syracuse, NY. The brand called on Scott Pitts because of his talents in capturing the authenticity of people, culture and food in a stunning video format.

Like Twist, which has an incredible retention rate among its clients, Director Scott Pitts is dedicated to attracting and developing long-term client relationships. Having collaborated with Starbucks on numerous campaigns as a stills photographer, Jodi Morrison, Managing Art Buyer, Starbucks Coffee Company says: “Scott has been a key creative partner to us for more than 10 years. He has made a huge impact on the development and evolution of Starbucks global brand expression."

Key to Director Scott Pitts’ working relationships is also his close collaborations with food stylists across the country, most particularly Charlotte Omnés, a Culinary Creative Director, based in New York. Charlotte notes: “When Scott and I first began collaborating, we wanted to take the enjoyment and creativity of our still work and then make it move. Scott’s extensive experience and knowledge of food photography made it easy for him to understand how food can stimulate on another level with movement. Working with Scott is always about seeing how far it can be taken conceptually while maintaining the gorgeous cinematography of the hero, the food.”

“It's really refreshing to see food work that feels artistic,” concludes Twist EP Amyliz Pera. “The small imperfections which hint at something organic and real; the sounds of a knife against an orange peel, the back of a hand wiping an apron, a tiny hole in a bag of cherries which someone labored to pick and carry inside - - these are elements which masterfully amplify a universal desire for delicious food, and Scott Pitts thoughtfully serves it up."