Set for exclusive representation in the U.S. 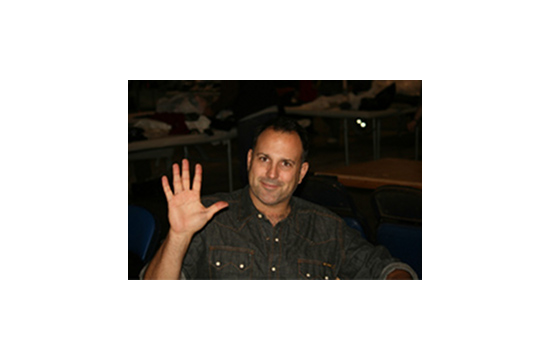 Award-winning director Scotty Bergstein recently made his next career move signing with TWC Films, Los Angeles, for exclusive representation in the United States. The announcement was made by Managing Director/ Executive Producer Mark Thomas. “It’s a real joy to be working with Scotty again”, said Thomas. The pair first worked together at Area 51 Films. “The amount of enthusiasm he brings to a project can never be underestimated, and that along with an inherent creative sensibility he brings to ideas is always a formula for success.”

Bergstein, for his part, chimed in on his joining of TWC. “I’ve had an amazing last 18 months of creative work,” Bergstein said, “But I realize now that it’s taken me 10 years to get to this point. It took me a long time to realize that having a company with a strong support system and an even stronger sales team is imperative. It’s just now that I’ve gathered all the tools that I need and I’m ready to really grow as a director. Now it’s a matter of seizing the opportunities that are out there, and Mark Thomas has built an impressive sales force at TWC. I’m beyond honored to have Mark, Hugh and this sales team representing me.”

Scotty landed his first break as Ridley Scott’s assistant on the movie Thelma and Louise. Having the incredible opportunity to watch and learn from directors like Tony & Ridley Scott and David Fincher, Bergstein considers his time with them to be comparable to the best directing school in the country. “It was directing 101,” he said, “I was able to watch the whole movie process from early script development all the way through post production.” When Scotty finished his spec reel in 1997 it was no surprise that soon after its completion ESPN picked up the spot that launched his directing career, “Cable Boy.”

Scotty combines his design background with his interesting takes on characters and human relationships to develop an off-kilter brand of storytelling. As Scotty puts it, “I grew up as a carny. I see the world in an odd way. I simply love giving life to quirky, interesting characters. Lately, thanks to a lot of work I’ve been doing in Europe, I’ve had the opportunity to explore more intimate stories and interpersonal relationships. Whether it’s a sexy relationship between a man and a woman or a conflict between a dad and his little boy, I’ve really been able to delve into little quirky nuances that make relationships work.”

On top of his passion for creating and showing such unique characters, Scotty has a humorous approach to storytelling in his work. “Much like beauty, comedy is in the eye…” Scotty says, “I know what I find funny and interesting, and I’ve met a ton of people on the agency and client side lately that have the same comedy aesthetic I do.” Scotty tends to shy away from the traditional, and instead give his spots some flare. “I really love finding a single moment that was unexpected when the script was first written and the mathematics of creating a short film that accomplishes a number of different goals.”