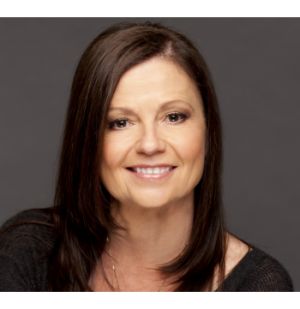 Gail Mancuso, winner of this year’s EMMY award for Outstanding Directing for a Comedy Series (“Modern Family”) is making her first official foray into commercials, signing with TWC Films for exclusive representation worldwide.  The announcement was made by TWC’s Managing Director Mark Thomas.

Gail and TWC are hardly strangers. “We first worked with Gail about five years ago on some webisodes for Breyer’s Ice Cream,” said Thomas. “We’ve stayed in touch since then, and now the time seems right to formalize our working relationship.  She’s an amazing talent who brings a truly deft touch to her work. She never shouts or telegraphs the joke, but it’s always funny. Sometimes a big laugh, sometimes a smile, but always humor with both heart and wit.”

For Mancuso, this may be her first time being represented for spots, but it is by no means her first experience in advertising. She has directed numerous episodes of the Suave/Sprint digital series “In the Motherhood” that starred Chelsea Handler, Jenny McCarthy and Leah Remini.  Gail also directed a series of digital shorts for Vaseline, entitled “Skin Season”, staring Sarah Chalke from “Scrubs.”

Mancuso made these observations about the new relationship with TWC: “I’m intrigued by strong, simple concepts…ones that are open to clever executions, in whatever platform they may be for.  I hope to bring to advertising the same success I have in television. I believe in creating a conversation with the viewer, engaging them with all elements of visionary filmmaking. Whether it’s a humorous line, memorable shot, or heart-felt moment, my goal is that the viewer is still talking about the piece well after it has aired. Having worked with Mark and the team at TWC before certainly aided in my decision to join them, but essentially it was more about a shared vision for the work.” She continued, “I took a look at the work that has been done over an extended period of time at TWC and it became clear to me that we share the same creative passion and drive for doing memorable films, and I’m excited to be a part of that going forward. I’ve enjoyed the experiences I’ve had so far in Advertising and I find it invigorating to engage with creatives from agencies. Smart people bouncing ideas off each other and processing all of it into work that’s worth watching, I love that.”

After working her way up the ladder from a page at a local TV station to associate director, Mancuso credits her big break to “Roseanne,” the show and it’s star. When the show’s staff director was unable to do an episode, Gail asked Roseanne if she could direct it. In typical Roseanne fashion she said, “Go ahead!” The next season she was hired as a full time director and ended up directing over 50 episodes of the show.

She went on to direct episodes of many well-known TV series like “Friends,” “Dharma and Greg,” and “Gilmore Girls.”

A few years ago, Mancuso began working on “30 Rock.” Subsequently she won a Gracie Award for Outstanding Director of an Entertainment Series or Special for her work on that show.

Keeping up momentum, Mancuso started directing episodes of the critically acclaimed hit ABC comedy “Modern Family” and was nominated for a Primetime Emmy Award for the episode “Slow Down Your Neighbors.”

Most recently she took home the aforementioned 2013 Emmy Award for Outstanding Directing for a Comedy Series for the “Modern Family” episode, “Arrested.”