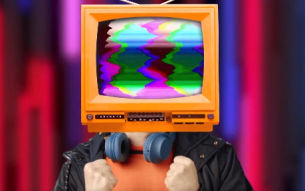 MullenLowe Brazil encourages people to ‘Just Open and Smile’ in their latest off-line campaign for Fini sweets. With six films and OOH media, the communication shows the positive surprises that opening a package of Fini sweets can bring every day.

With the concept "Fini Turns Your Frown Upside Down", the campaign focuses on the good things in life, using situations with people who see the positive side of their lives after opening a Fini pack. The short films and animated ads use modern language in order to make the content dynamic, and to match the rhythm of new generations.

The films remain on air until the end of the year on pay-TV and cinemas. The last of the series, titled "Halloween", has just been released to promote the limited-edition Zombie Super Sour Candy.

"Creativity and the unique aesthetic set the tone for these films. Achieving this result was only possible because of the trio MullenLowe, Fini and Damascus teaming up. From start to finish, we were totally committed to a quality, creative delivery,” says Gil Pinna, Creative Director at MullenLowe Brazil.