Director Gaysorn Thavat tells the story of Bill, Trinity, and all those that serve between the flags 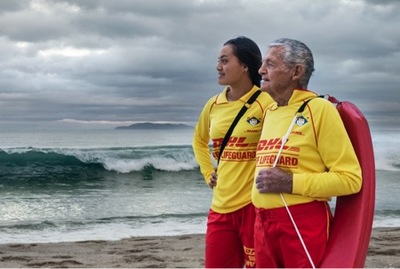 TSB Bank has recently launched 'Between the flags' an online film and TVC directed by Gaysorn Thavat and created by Special Group.

Says Angus Hennah, creative director, Special Group: "We wanted to create a piece of content that would set the bank apart, so we focused on the stories of real Surf Lifeguards. By looking at these stories in a more emotive context we moved away from the expected images of blue skies, golden sand and bronzed twenty-something lifeguards striding out confidently into the surf."


Says Thavat: "I approached this as a kind of duet between Bill (88) and Trinity (14), two lifeguards with obvious contrasts - but on a secondary level revealed their similarities (of which there are many). The spots have a very natural and unmanufactured quality, driven largely by Bill and Trinity themselves. What's delightful is how much both of them enjoy contributing to their communities and in return how much their communities respect them."

Says Zaneta Ewashko, community engagement manager, TSB Bank: "We are immensely proud of our partnership with Surf Life Saving New Zealand. This TVC is part of our community awareness campaign designed to share the amazing stories of two Surf Lifeguards and to celebrate the work they do year round in communities across New Zealand."

Says Nick Gutzewitz, commercial manager, Surf Life Saving: "We are incredibly proud of our 4,500 volunteer Surf Lifeguards who come from all walks of life to serve their local communities.  This campaign does a fantastic job of showcasing the year round training and commitment required.  It's great to kick off our new partnership with TSB Bank with such a high profile campaign that celebrates our members who bravely serve between the flags."
view more - Creative