Truth in Advertising - A Rugby Example

INFLUENCER: Neil Dawson uses rugby to illustrate how all the finest ads have truth at the heart of them 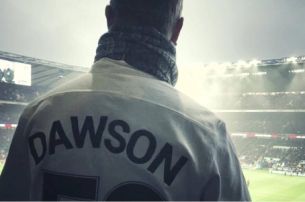 I was lucky enough to attend the Hong Kong Rugby Sevens tournament a few years ago. It’s basically a four-day fancy dress party around a rugby pitch.

In front of the area in which I was sitting were several burly Scotsmen. They were looking impressive in kilts, sporrans and Scotland shirts. They had politely ignored my cheers when England was playing.

As the England team ran out right in front of us I had a mildly mischievous thought. Over the heads of the Scotsmen I bellowed, “Come on England! Come on the Home Nations!” (For those of you who don’t know, the Home Nations are – England, Scotland, Wales and Northern Ireland).

In short I was asking the Scotsmen to cheer for England…

They turned slowly round to look at whoever had suggested such a ridiculous notion.

“Not in a million years,” the largest one said.

This anecdote sets up my point of how all the finest advertising always has a truth at the heart of it.

Here are two rugby commercials. The first, to promote the coverage of the Six Nations, plays on the truth that all the Celtic Nations love nothing more than to see England lose. Ask a Scotsman who he supports and he’ll say, “I support two teams. Scotland and whoever is playing England.”

They can’t both be right.

Lucozade invents a premise that has no truth behind it. It then tries to deliver it with sportsmen acting, which is always a tough call.

The truth is our Celtic neighbours would far more happily side with their Southern Hemisphere counterparts than with England. It’s why the BBC Sport ad is more than an ad. It’s a truth brought to life. Using ordinary fans to deliver that truth gives the message even more authenticity. It beautifully captures the rivalry of The Six Nations in a tongue in cheek way.

Apologies to the curators of the Lucozade campaign but it is an artificial premise that carries no truth or weight. A brand trying to attach itself to a global sporting event without taking the time to really understand the culture of that sport. It’s a common occurrence and in my mind a huge waste of time and money for brands. You see it in football sponsorship all the time. Lucozade were at least trying to have some fun rather than trying to push some product feature down the throat of sports fans while they are trying to watch the sport they love.

Samsung pulled it off at the last World Cup. The truth is that some see rugby as quite complicated. So they explained different aspects of the game and rules with the help of Jack Whitehall.

I was interested to see that the title of the BBC Ad on YouTube said ‘Banned Ad’. Having looked it up it seems it was either pulled or someone lost their bottle and didn’t run it on television as intended. This is because of ‘a backlash from England fans.’

I find it funny how truths can scare marketers. It’s the truth within it that makes it meaningful and memorable. This ad would only be offensive if it wasn’t true.