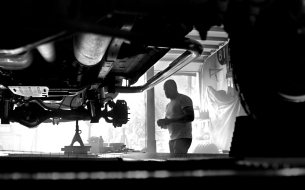 Contrary to other brands (GM, Lincoln, Ford, Audi, Toyota) in the overall auto category opting out, Advance Auto Parts (AAP) is throwing its hat in the ring for the first time on a national broadcast level. The 30 second pre-game spot highlights Speed Perks, AAP’s new rewards program designed to reach "car guys" through the power of simplicity. The spot will begin airing this week in advance of the big game.

Not only will AAP be entering new territory with this spot, but it will also be the only automotive aftermarket company involved in the Super Bowl. Jumping ahead of its competitors with this distinction, AAP is the latest brand to forgo Super Bowl game time in a race to own the pre-game space. This trend is not only cost effective, but reaches viewers in a state of excitement and anticipation for the big game to kick off.