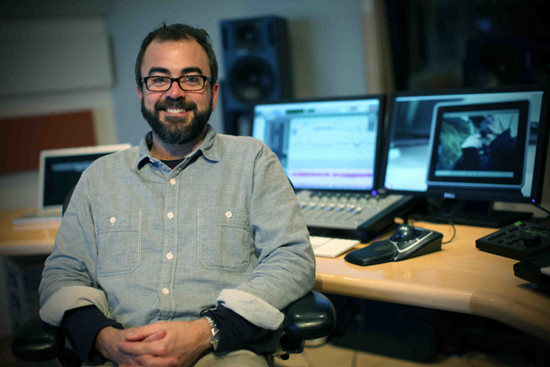 “Troy adds a dynamic range of capabilities to our Audio Department,” says Barb Condit, Splice Partner. “His resume spans from field to agency which gives him great perspective on the creative possibilities. His years of experience with broadcast mixing and sound design for television, commercials and music videos will be a great fit for Splice.”

“Everyone is excited to bring Troy into the mix at Splice,” notes Producer Drew Sondeland. “He clearly has the work ethic and chops to meet the high-expectations of our clients and projects. He rolled up his sleeves Day One and jumped in mid-project. His years of experience showed, as he was able to bring himself up to speed very quickly. His attitude and drive right off the bat were fantastic.”

Troy’s career began as an Assistant Engineer in Miami, which evolved to audio engineering for TV and Radio. Troy moved to London and joined NBC as a freelance Location Sound Engineer. NBC sent Troy to Afghanistan and Iraq to record audio for news stories for “NBC Nightly News,” “Dateline,” MSNBC, and live shots with Tom Brokaw from various locations throughout Iraq. After spending time on location, Troy settled down and picked up mixing and sound design for television and commercials through Crow TV in London. He also worked as a Sound Mixer and Sound Designer for the BBC show, “EastEnders.” Upon returning to the States, Troy worked in New York with ad agency Ogilvy & Mather. After a couple years of working remotely for his New York clients after escaping to Alaska he has chosen Splice as his portal back to civilisation.

“I was drawn to Splice because they do such great work,” concludes Hermes. “Films, broadcast and spot work! I am really excited about the diversity of projects Splice will allow me to collaborate on. The team here clearly appreciates the value of great sound work and I appreciate being invited into the creative process at the beginning. Splice clearly has close relationships with directors and truly becomes a partner on every project. I am thrilled to have the opportunity to work with such a talented team.”