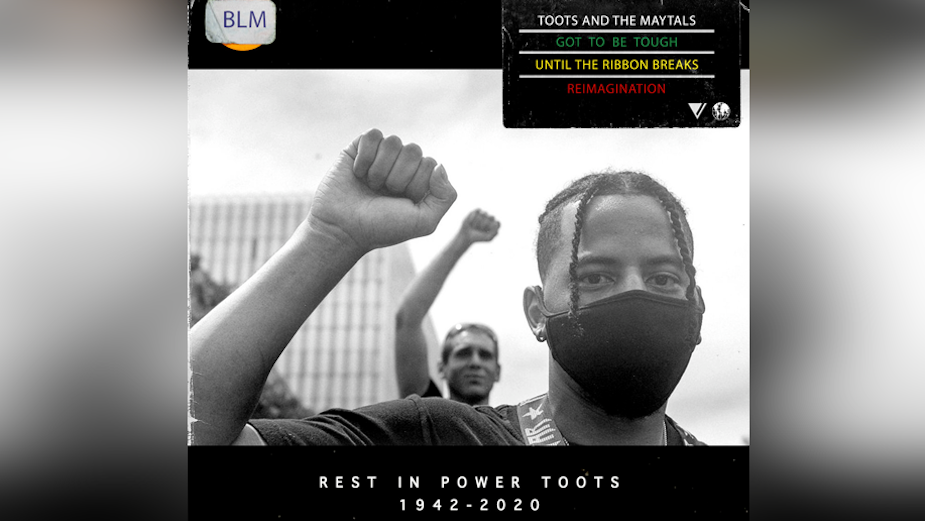 Trojan Jamaica/BMG has officially released the powerful Until The Ribbon Breaks' re-imagination of Toots and The Maytals' 'Got To Be Tough' (the title track of the album released in August via Trojan Jamaica/BMG). All proceeds of the single will be directed to Black Lives Matter.

"The blatant disregard towards the Black, and I would say minority of society is something that needs urgent attention." said Toots last year when discussing his album release, in the wake of George Floyd’s death. "All people need acceptance in their space. Law and order must be observed, but enforcers must regard people's space, regardless of colour or creed."

Released on 28th August via Trojan Jamaica, 'Got To Be Tough' was his first studio release and come-back album after almost a decade following an accident in 2013 which prompted him to shy away from public life and releasing music altogether. However, thanks to the encouragement and belief from co-producer, Zak Starkey, and label co-founder, Sharna Sshh Liguz, Toots made a welcomed return this summer with one of the greatest reggae albums of our time, which has since been nominated for Best Reggae Album for the upcoming 63rd annual GRAMMY Awards.
Until The Ribbon Breaks' re-imagination begins with a melancholic piano refrain, setting the stage for the familiar voice of U.S. senator, Corey Booker, with a soundbite and sentiment that gets repeated throughout the track: "Everything about us is interwoven, it is interconnected, we are in relationship with each other." The horn line and boom bap of the drums that follow, harken the militancy of 90's hip hop. Toots' lyric: "This is a warning", now receives new immediacy, as it also becomes a key repetitive focal point of the remix.
The video, which was also edited by UTRB, features a host of civil rights icons speaking out against a montage backdrop of brutality and injustice throughout the decades. The message is always one of strength and hope from historic figures like Jesse Jackson, Andrew Young, C.T. Vivian, Paul Robeson, and Rosa Parks, who, in the opening sequence, recalls standing up to unjust authority, which led to her infamous 1955 arrest for violating Alabama's segregation laws.
Of the remix, Until The Ribbon Breaks' founder, Pete Lawrie-Winfield, told Vulture: "I feel incredibly lucky to have been able to present this to Toots just a few weeks before his tragic passing earlier this month. I made this re-imagination and accompanying video, not only as my own small way of giving voice to what is such an important movement, in such a crucial time-but also, because how often do you get the opportunity to work for an actual Legend!? We continue to lose our heroes year on year, those who literally dedicated an entire lifetime to fearless expression. Inspiring entire generations, future artists and in Toots' case-giving voice to the silent, Remarkably, at 77 years old, Toots was still doing exactly that - still singing about the injustices of a world that will be worse without him. Luckily for all of us, we have the music, the legacy and the lessons. Rest in blaring horns and dub sirens Toots, I think I know which kind of peace you preferred."
'Got To Be Tough' is Toots and the Maytals' first studio album of new material in a decade. The 10-track collection–produced by Toots - with co-production from Zak Starkey, Nigel Burrell and Youth, and with additional production and artwork by label co-founder, Sharna Sshh Liguz - has received critical acclaim around the world from outlets like Rolling Stone, MOJO, Spin, Pitchfork, and even prompted The Big Take over to call it the 'finest album' of the beloved artist's career - no small feat for a man who already earned the Grammy Award for Best Reggae Album with 2005's 'True Love', and yielded more than 30 number one hits in Jamaica alone over the course of his 60- plus years in the business.
The group's 1968 single 'DoThe Reggay' was the first song to use the word 'reggae', naming the genre and introducing it to a global audience. Never allowing age to slow him down, 'Fireball', as the tireless band leader was lovingly dubbed, remained a touring institution and prolific songwriter until his final days. 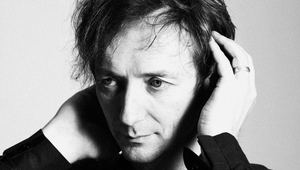 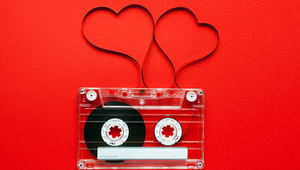 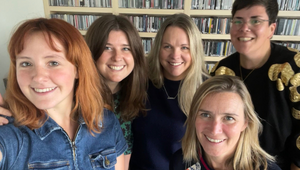 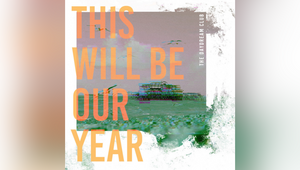