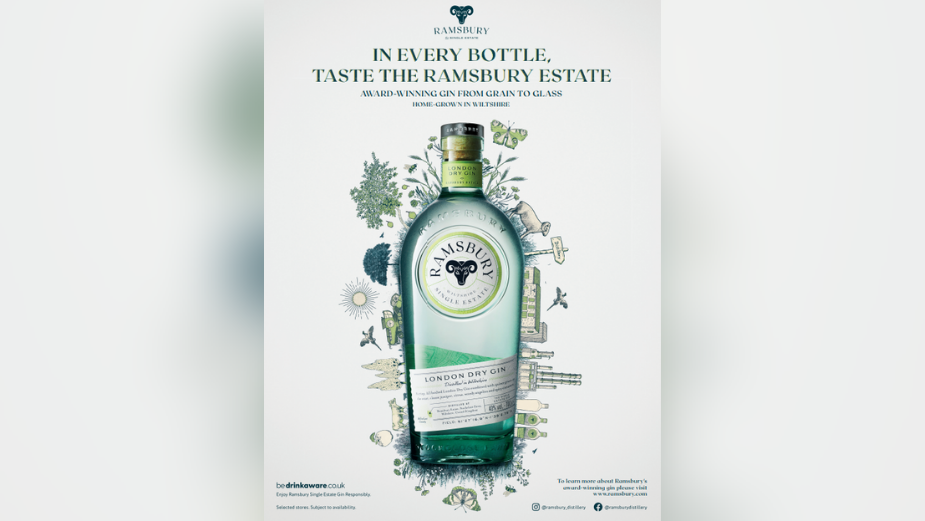 Ramsbury Single Estate Spirits, the award-winning Craft Gin and Vodka Distillery, has been working with global digital agency Tribal Worldwide to continue expanding their brand presence in both the UK and abroad.

After successfully launching “The Ramsbury Tales” multi-channel campaign last year, Tribal Worldwide will create a series of narratives to bring the story of the Ramsbury Single Estate to life in this new creative campaign. The campaign will be featured across TV and Cinema, a series of new social tales plus print and digital assets, all of which will support the activity from the initial campaign.

Tribal Worldwide’s creative continues to be inspired by Ramsbury’s premium ingredients of carefully selected world-class winter wheat and very pure chalk-filtered water to evoke a sense of provenance and craft across an audience who care about fresh ingredients and being healthy, but are still invested in having a good time.

Louisa Makin, UK Country Manager at Ramsbury Single Estate Spirits commented: “At Ramsbury, we see ourselves not just as producers of quality spirits, but custodians of the land, driven by the motto “grow everything, waste nothing”. Tribal captured this beautifully with the launch of ‘The Ramsbury Tales’ campaign and we’re really excited to be developing this further with the team. The launch campaign helped double off promo sales at Waitrose, I have no doubt this new campaign will equally resonate with our audience and build on the creative narrative of the brand.”

William Gibb, Business Director at Tribal Worldwide London commented: “We’re delighted ‘The Ramsbury Tales’ campaign proved such a success and we’re able to develop the brand world even further. Ramsbury Single Estate Spirits take real pride in their craft which resonates with our whole team and we are excited to share the new work we have for such a brilliant brand.”

The Ramsbury Estate is made up of over 19,000 acres across North-East Wiltshire, West Berkshire, and North Hampshire where they sow, grow and distil the primary ingredients that make their award-winning single estate spirits The home farms are located in the village of Ramsbury which nestles in the heart of the Kennet Valley.