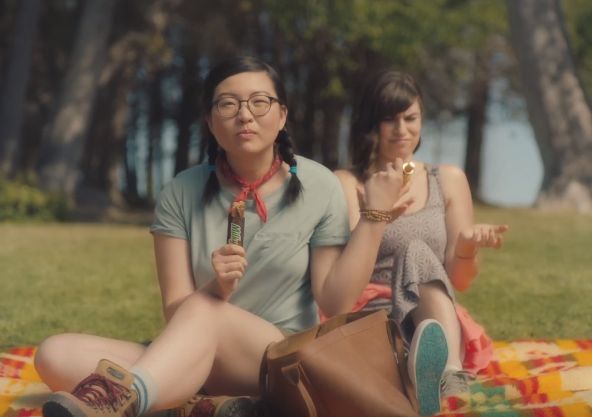 As America gears up for summer vacation and camping season, Milky Way offers a humorous and timely spot tied to the great outdoors.

In 'Fresh Air,' created by Tribal NY, we close in on two female friends sharing a cabin in the woods. One states, “I said I was sorry,” while the other – badly bug-bitten – repeatedly slaps at bugs that seem to be having a feeding frenzy on her body. A flashback of the duo earlier in the day shows the same woman requesting bug spray. Unfortunately, her friend, so pre-occupied with her Milky Way, handed over sunblock instead.

The campaign is built on the premise that eating a Milky Way bar is an involved process that distracts you from what’s going on around you. The 'Sorry' campaign launched in 2012 as digital and print only; it evolved to TV starting in 2015. This latest spot launched on Monday, May 14th, and will be accompanied by bespoke social media assets launching later in the month.

The new work keeps to the core essence of what the 'Sorry' campaign is - creating tension between duos via the distraction of one eating a Milky Way bar and needing to apologise, sort of- but now modernised with more relatable, everyday situations and outcomes.