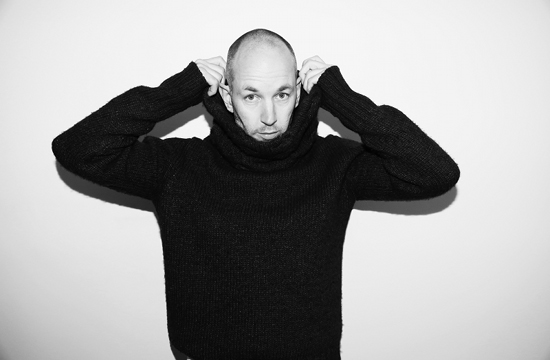 In collaboration with with DDB Amsterdam ECDs, Joris Kuijpers and Dylan de Backer, Mark Chalmers will be leading a combined creative floor for DDB & Tribal Amsterdam. This has shaped a powerhouse team with an interactive digital heart, allowing for an integrated approach to all future client briefs.

Mark Chalmers was previously Creative Partner at Perfect Fools. He also co-founded Creative Social with Daniele Fiandaca in 2004, a network central in uniting the industry’s interactive pioneers for shared inspiration and collaboration. Chalmers continues his appetite for culture by curating critically acclaimed art exhibitions in his garage.

“I am passionate about working across culture, technology and commerce, creating experiences and developing brands. This role at Tribal DDB Amsterdam affords me that opportunity”, said Mark Chalmers. “I am impressed with the team’s professionalism, commitment to innovation and foresight in realising what is needed for tomorrow’s market.”

On creative business solutions, Chalmers said: “Creativity is the only significant business driver today. It is no longer restricted to communications; creativity must be an inherent part of a brand’s offering. It must shape the product, it must shape the behaviour. Through creativity these guys have consistently delivered results at scale. They get it – and they get it done.”

Jacco ter Schegget, President of Tribal DDB Europe and CEO of Tribal DDB Amsterdam said: “Internationally, Mark is fluent in creating the highest calibre services, apps and business solutions across multiple markets. He has proven expertise in bridging communication, technology and design. This, combined with his unquestionable creative abilities, meant that his hire was a no-brainer. The role has big shoes to be filled and we are delighted that Mark has embraced the challenge.”

Tribal DDB Amsterdam is responsible for iconic work including Philips Carousel and Wake Up The Town, and together with DDB Amsterdam for KLM's Tile & Inspire social media campaign. At Eurobest 2011, the Amsterdam office was awarded Interactive Agency of the Year. DDB & Tribal Amsterdam has been recently announced as a top five Most Awarded Digital Agency in the Gunn Report 2012. International clients include C&A, Heineken, WV, KLM and adidas.