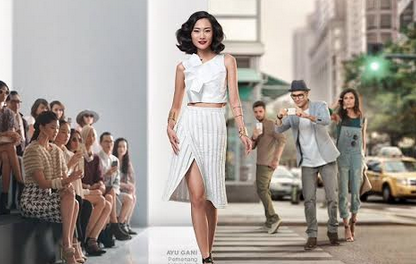 In the wake of the successful ‘The Runway’ project in 2014, Unilever’s TRESemme, along with Mirum Jakarta, are back with the second leg of the campaign, which this year features Indonesia’s first interactive 360-degree virtual runway.

Consumers who visit therunway.tresemme.co.id are invited in for a behind-the-scene 360-degree look and experience of a model’s show preparation that consists of photo session, wardrobe fitting, make-up, and hairstyling, which showcases TRESemme’s products — before finally hitting a virtual runway.

The video is shot in a way that puts the viewer at the heart of the story, and visitors can click to move around, and enter different rooms.

This interactive campaign site offers savvy style seekers, as well as aspiring runway models, the experience of prepping themselves for an actual fashion show on 19 September 2015 at Senayan City, Jakarta, where they are invited to walk along with thousands of other models, including this year’s Asia’s Next Top Model winner, Gani, who is an Indonesian. Viewers can register for the event on the campaign website.

Leading up to the fashion show, Mirum also created a motion graphic LED installation set during Jakarta’s signature pop-up market event the Market Museum. The installation simulates a real-life runway on where people can walk and receive cheers from a computer-generated crowd.

The Runway’s ultimate winner will also be crowned as the digital face of TRESemme and awarded with modeling school scholarship, a fashion spread on a renowned magazine, and TRESemme product supply for a year.

“Being given another chance by TRESemme to give birth to the second The Runway project is absolutely an honour,” said Mirum Indonesia’s managing director Garth Parlimbangan. “Last year, we reached the top with The Runway breaking the record for the biggest runway ever created and this time, we’re so looking forward to step on another milestone, with the country’s first interactive 360 degree runway.” 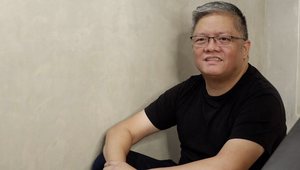