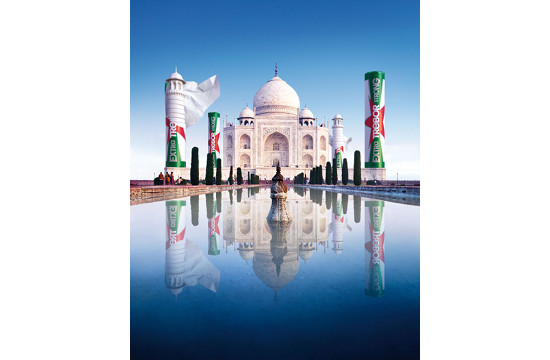 Trebor is offering consumers the chance to win unique travel experiences as part of a nationwide multichannel campaign through Initials Marketing, which is the mint brand’s promotional push for 2013.

The ‘Breathtaking Experiences’ campaign, targeting ‘carefree empty nesters’, launches on the 19th August and will run for two months, with one experience to be won every day for the duration of the campaign. An on-pack mechanic running across more than 33 million packs of Extra Strong Mints and Softmints features at the heart of the campaign.

Each promotional pack carries a unique code that can be entered online via the promotional homepage on www.trebor.co.uk or www.trebor.ie, designed and built by Initials. Information about each of the Breathtaking Experiences will be housed on specially created pages within the site, with some destinations available to explore via interactive 360 panoramas.

There will be additional campaign support across eCRM, in-store, press and outdoor, also developed by Initials.

Max Adams, from the Trebor Brand Team, said: “The Breathtaking Experiences campaign follows on from the success of Trebor’s ‘Baton of Sweet Success’ that offered consumers the chance to win tickets to the London 2012 Olympic Games. It was important for us that the call to action was direct and amplified the array of Breathtaking Experiences on offer, and Initials’ campaign does that.”

Richard Barrett, managing director at Initials, added: “Trebor has experienced great consumer response to previous promotional campaigns, so it was a natural move to place an on-pack mechanic at the heart of the ‘Breathtaking Experiences’ campaign. What’s unique about the prize offering is the fact that winners get to choose which one of the shortlisted destinations they would like most like to experience, rather than simply being allocated a prize. The activity aims to form an emotional connection between the consumer and Trebor, and create an emotive reaction through the experiences available.”

This is Initials’ first project for Mondelez since its appointment to the company’s UK promotional marketing roster in June. Initials’ place on the Mondelez roster enables it to work on consumer promotions and shopper marketing campaigns across the food giant’s five core categories of biscuits, cheese, chocolate, coffee, and gum and candy.