Hotel chain set to open 15 new hotels across the UK 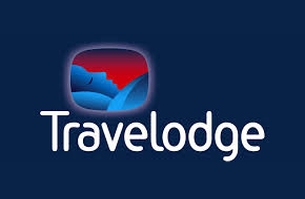 Travelodge has reappointed CHI&Partners as its lead agency, charging it with handling its advertising account for the next phase of the brand’s journey to become Britain’s favourite hotel chain for value.

Launching later this year, Travelodge’s new £15 million campaign will mark the start of a long-term programme to help showcase that Travelodge has changed.

Travelodge’s £100 million modernisation programme is now almost complete, with 87% of its guest rooms now featuring the brand’s new look and king-size Travelodge Dreamer bed.  Like for like revenue per available room (RevPAR) grew by 17% in 2014, fuelled by demand from families and business customers seeking unbeatable value in travel.

Karen Broughton, Travelodge Sales & Marketing Director said: “We are delighted to reappoint CHI&Partners after a very competitive pitch process. We are well on our way to building a new Travelodge brand.  With over 87% of our rooms now upgraded, the next phase of our advertising campaign will focus on showcasing that Travelodge has changed.”

“Our investment in creating a new Travelodge has already had a great impact on our business. Our strong growth has made Travelodge the fastest growing major UK hotel brand for like for like sales in 2014’’.

Sarah Golding, CEO and Partner at CHI&Partners said: “We’re excited to embark on this next phase of our relationship with Travelodge. After creating its first TV campaign in four years last January, ‘Get Up and Go’, we’re very proud to be leading the charge in taking Travelodge to new heights, showcasing its unbeatable new offering and spearheading continued growth for the business with some equally unbeatable creative work.”

In 2015, Travelodge will open 15 new hotels across the UK with an investment value of almost £100 million. The new hotels include four London locations, cementing Travelodge’s position as the capital’s biggest hotel brand; a new central Glasgow property and key regional locations including the Thames Valley tech corridor, Southampton and Bristol.

Travelodge has also identified potential for more than 150 further hotels across the UK, with the new hotels expected to support the creation of a further 3000 new jobs.  The company has already signed the first three hotels towards its long-term expansion plans, with new properties at London Dagenham, Dover and Peterhead, Aberdeenshire, at a total investment value of £13 million.