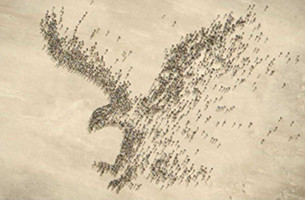 Translation has launched a new campaign for American Eagle Outfitters (AEO), having recently been tapped by the specialty apparel retailer for the 2014 Back-to-School season. Entitled ‘I’MPERFECT’, the work takes a defiant stance against the one-size-fits-all beauty paradigm embraced by other fashion brands. The campaign insight taps into AEO’s long-standing role as a true champion for the democratisation of denim, offering 22 fits, 81 washes, and 84 sizes – a staggering 1,500+ options – to fit any person and personality. The national campaign encompasses print ads, in-store posters, digital banners, and a stunning broadcast spot from acclaimed commercial director Dante Ariola – all anchored by the tagline, ‘My Imperfections Make the Perfect Me’, as well as a powerfully I’MPERFECT brand manifesto:

WE BELIEVE IT’S TIME TO FLIP THE SCRIPT.

ONE SIZE DOESN’T FIT ALL.

SURELY 99% OF US IS A BETTER MEASURE

OF PERFECTION THAN THE 1%.

AFTER ALL, TALL GIRLS AND SHORT GUYS

THE GUY WHO BELTS OUT THE WRONG LYRICS

EVERY SINGLE TIME IS THE MOST FUN AT PARTIES.

THE GIRL WHO OWNS EVERY LAST CURVE OF HERSELF

AND LETS THE WORLD SEE IT

WHAT IF WE EACH CARVED OUT A SPACE TO

LET THE WORLD FIT TO US,

INSTEAD OF THE OTHER WAY AROUND.

The 103-word manifesto appears in full across much of the campaign’s print and digital components, a compelling and expressive new take on AEO’s commitment to offering stylish options for each of its customers. The manifesto also provides the overarching framework to ‘Portraits’, a remarkable broadcast :60 highlighting the beautiful idiosyncrasies that make every AEO customer perfect in their own unique way.

Ambitious in both concept and execution, ‘Portraits’ is a fitting follow-up to Director Dante Ariola’s Emmy-nominated 2014 GE commercial, ‘Childlike Imagination’. ‘Portraits’ was filmed during an intensive, four-day shoot on location in the Mojave Desert, with Ariola joined by Translation CCO John Norman and CDs Betsy Decker and Ben Carter. The team assembled a diverse cast of over 100 people, each of them boasting a unique and unconventional appearance to challenge the picture-perfect uniformity found in traditional fashion marketing. Translation and Ariola partnered with award-winning visual effects house The Mill to achieve the epic scale of the spot’s final look. The beauty of the film and its message is further amplified by an inventive remake of Nina Simone’s 1964 classic  ‘Feeling Good’, a Heavy Duty Music/Mad Decent production led by Grammy-winning producer Ariel Rechtshaid.

“American Eagle makes America’s favourite denim,” notes CCO John Norman, “and appealing to America means appealing to the incredible diversity of the American people. The new denim campaign is really a celebration of individuality. We’re making an honest statement about why it’s important to be different. And mostly, why it’s important to be yourself.”

American Eagle Outfitters will cement its new brand philosophy this Labor Day weekend by teaming with Anheuser-Busch as the official fashion partner of the Budweiser Made In America Festival, which was developed by Translation in 2012. The partnership will celebrate the best of American music, festival style, and individuality through a variety of activations at the festival’s Philadelphia and Los Angeles locations.