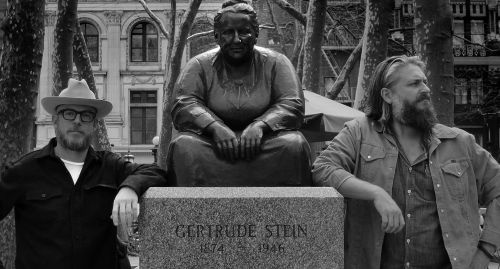 After entering its tenth anniversary year with the additions of a new President and Chief Creative Officer, Translation has turned attention to the ranks of its formidable creative talent pool. The agency is set to expand its roster with a spate of senior-level hires, beginning with the addition of creative duo and Executive Creative Directors Marc d’Avignon & Jay Berry. The copywriter-designer team will play a crucial role in supporting newly installed CCO John Norman as he embarks on a new chapter of unprecedented creative output from the agency.

“Clients come to Translation because we are the indie alternative to the big box agencies,” says Norman. “We are building an environment that crafts culturally relevant individual ideas as opposed to broad stroke advertising that sells anything to anyone. Marc and Jay are idea men, with the souls of true craftsmen. They not only have the ability to produce Emmy award-winning work, they can spot and nurture talent and get the best from people in every discipline at the agency. They raise everyone's game while bringing a true sense of fun to the process.”

Mr. d’Avignon and Mr. Berry met at Wieden + Kennedy on one of those typically sunny Portland days in 2005. There, they would also meet John Norman. This experience led them to reunite with Mr.Norman at TBWA\Chiat\Day years later, and would drive the decision to move to their new ECD roles at Translation. The duo has earned numerous awards over the years but a combination of Minnesotan humbleness and a New England tendency towards privacy prevents them from discussing these without blushing.

Jay and Marc parted in 2008, with Berry moving on to creative positions at a series of top agencies, including BSSP and Anomaly. D’Avignon followed suit in 2009, taking up a variety of copywriting roles, among them a 2-year turn at Crispin, Porter + Bogusky. Unable to remain apart, they paired up again at TBWA\Media Arts Lab where they produced some lovely work for Apple.

“Something I learned from my years in the music industry,” says Translation Founder and CEO Steve Stoute, “is that when you have great creative minds, your job is to get the talent together, and then get out of the way. Even before bringing John onboard, we knew how important it would be to give our new CCO the tools to succeed. Our goal is to build the best creative department, period. With the addition of Marc and Jay, we’re well on our way.”