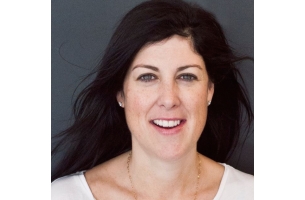 Translation has expanded its leadership roster with the addition of Executive Creative Director Betsy Decker, a gifted writer and team leader with a reputation for delivering fiercely original ideas to the world’s biggest agencies and brands. Decker has earned accolades from numerous industry awards bodies throughout her career, including top honors at the One Show, Art Directors Club, ANDYs, and Epica Awards. At Translation, she will put her award-winning abilities to work partnering with Chief Creative Officer John Norman in the oversight of the agency’s creative output.

“Betsy never gives up on the creative and persists with a real-deal Philly-style work ethic, while fostering a collaborative environment with her teams,” says Norman. “She also has a knack for maintaining and building client relationships. Having partnered with Betsy in the past, I find that she brings a writer’s perspective to my work, which is something that will translate across the agency. From an executive standpoint, she can take on volumes of work, switching gears from one thing to the next seamlessly, and she’s generally fun to be around.”

Decker’s passion for brave, impactful creative has led to unforgettable executions for the likes of Nike, adidas, Coca-Cola, and Heineken, among many others—consistently cutting through barriers of language, gender, and geography. She signed on with Translation as Executive Creative Director at the beginning of 2015, following a successful stint as a freelance creative on the agency’s breathtaking “I’MPERFECT” campaign for American Eagle Outfitters.

“Betsy is a seasoned leader and a master storyteller—two qualities that make her an exceptional ECD,” notes Translation Founder and CEO Steve Stoute. Her first project in the new role found her leveraging a lifelong passion for sports to help win the NBA account, a marquee victory for the independent agency.

Prior to joining Translation, Decker served as an ECD for global creative services firm Sid Lee, playing a key role in the launch of its NYC office. From 2007 to 2010, Decker acted as an Associate Creative Director and Copywriter at Wieden + Kennedy Amsterdam, where she first worked with Translation CCO John Norman. Before joining W+K Amsterdam, she spent time at 72andSunny—where she launched the popular DC Girls brand—and at TBWA\Chiat\Day. In addition to being a devoted sports fan, Decker pursues a number of hobbies and special projects outside of the office. She is currently in the midst of adapting a short story into a screenplay, and is working to develop two TV dramas with a fellow NYC-based writer/director.