Finn was most recently MD and EP at Passion Pictures 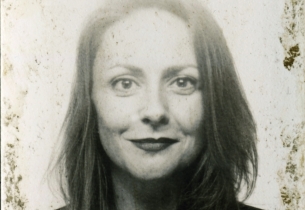 Design-driven production company Transistor Studios has announced the appointment of Nicola Finn as executive producer. The Londoner has joined the team at Transistor’s HQ in Brooklyn, New York, where she will help to generate new business from around the globe. Her new role also involves production and talent recruitment.

Finn has extensive experience in film production, having worked at agencies and brands around the world including Mother, Wieden+Kennedy, 180, BBH and Nike. Most recently she was MD and EP for three years at Passion Pictures.

In 2008, when she launched Strange Beast, a London design-focused production company, Finn signed Transistor Studios for UK representation. Together with Transistor’s Executive Producer, Damon Meena, Executive Creative Director, Aaron Baumle and Creative Director, Jamie Rockaway, she produced the multi award-winning BBC 'Medieval Mind' trailer. Since then, she has always been a fan of their work, as she explains: “I’ve known Aaron and Damon for almost nine years, so I’m excited to become a partner in a studio I’ve enjoyed working with and have huge admiration for.”

“My goals are to extend Transistor’s global client reach, contribute in the search for new and exciting talent to collaborate with, and to help the team produce some fantastic, fun creative work that we can all feel proud of.”

On Finn’s addition to the team, Transistor’s founder and Executive Producer, Damon Meena, said: “We’re thrilled to have Nicola on board. Few people in the industry have the kind of experience she does, having worked at so many different kinds of companies in different markets. We’ve worked with her before and we know she’ll bring business smarts as well as creativity to Transistor.”

Finn’s appointment has coincided with the studio winning the pitch to re-brand Nickelodeon’s Nick at Nite channel. Transistor has also recently released several stunning new projects, including titles and in-programme graphics for Showtime docuseries 'Dark Net', and a series of promos for new History Channel series 'Join or Die', which use a unique illustrative look combined with a mix of cel and 2D animation to mirror the tone of the series. Finn will be based in the new Transistor Studios headquarters on Wythe Avenue in Brooklyn, NY. The studio’s warehouse feel is complemented by custom-built and vintage furnishings. Artworks have been specially created by the Transistor team, including a mural designed by Art Director Lyejm Kallas-Lewis and painted by Lauren Meena.