Traktor's Super Bowl Legacy: A Look Back at 22 Years of Spots 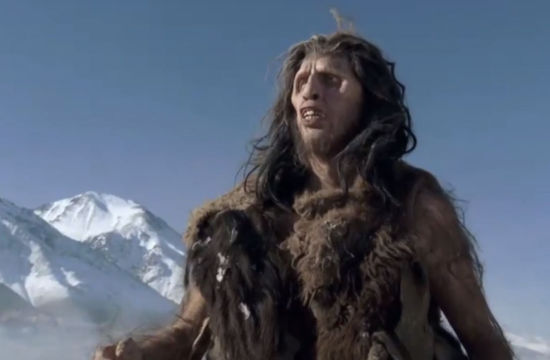 The Super Bowl is over and the big game blues have descended on a win-less and rainy LA Basin. Somebody fiddled their figures and told us we’ve had 20 spots in the Super Bowl over the years. This probably sabotages our attempt to appear as a box-fresh unit of digital pranksters Straight Outta Vimeo Staff Pick. So as the commercial cat is out of the Super-bag here are some lessons not learned from some of our shifts on the big game.

"Somehow our kayak coaches Paul & Linus at Fallon got these spots approved. The Miller bottlers were up in arms. “Dick AND Beaver? You gotta be kidding me! What happened to Great Taste Less Filling?” Good question. We shot Evil Beaver with David Lynch’s DP Fred Elmes and created an early Environmental Terrorist with his own motorbike. Still a highlight of our (or anyone’s) career."
1999 Taco Bell - Hotline

"When we moved to LA in 1998 Chiat Day was the only agency we could cycle to while our driving licenses came through. Luckily for us they had accounts that fit our fondness for animals. We even bribed the late great cinematographer Harris Savides to chase the Energizer Bunny through the desert. We fondly remember his big happy face as he giggled: “The Bunny crossed the line!”. And lo and behold we learnt what “the line” was. And we have crossed it since. Nobody’s gonna notice…"

"An Eric Silver nugget of gold. We topped some low-fi rankings and won an Emmy for best commercial that helped put some lipstick on our pig of a Green Card application."

"Not Emmanuel “Chivo” Lubezki’s finest hour, but an hour nevertheless. Framestore got a lot of new business on the back of the Rhino, but it was actually real. The important lesson is that Rhinos (and Elephants for that matter) look more CG than CG itself."

"Romania. So much to answer for."

"A fun approximation of a “live stunt”. In order to cover all eventual remaining team pairings for the Super Bowl, and the accompanying home or away scenarios, we had to shoot the sports action with EIGHT different team uniforms. In the non stop torrential rain. We had nothing. How could we? Yet somehow we did. Funny how that works."

"Grand Prix in Cannes. Black Pencil in D&AD. Gift basket from the craft service lady. It took on a life of its own and directed us. As fun as it gets. And it gets fun a lot."

2019 Stella Artois - Change Up the Usual

"An assignment to kill (and die) for. Legendary characters played by legendary actors and directed by nervous immigrants. A worthy #20 wethinks, as we load up the cooler with fancy root beers and hydrate hard for Super Bowl 2020."
Thank you for having us, America. Glad we could (and can) contribute!
Kind regards,
Traktor
Tight Ends
Venice, CA.
view more - Trends and Insight