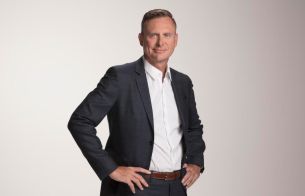 Trailer Park — Engine’s leading full-service creative agency specialising in content creation and entertainment marketing announces the addition of William Gelner in the role of Chief Creative Officer, Engine Content and Trailer Park Plus.  In this new role, Gelner will be responsible for helping to drive 360 campaign creative across a wide array of culturally iconic clients. In addition, he will provide creative leadership more broadly for the Engine Content division, under which Trailer Park operates, working with clients to design highly creative and effective campaigns based on groundbreaking data intelligence. He will report to CEO of Trailer Park and Engine Content, Zihla Salinas.

“We’re proud to announce the addition of William Gelner, in the role of CCO for Trailer Park Plus and Engine Content,” said Salinas. “Will’s unbridled creativity and proven track record of ground-breaking and award-winning work with major brands is an asset to Trailer Park’s massive production and content creation capabilities.”

In recent months, Trailer Park has made significant investments in senior leadership to further solidify its innovative creative agency model driven by the company’s entertainment heritage, and their large-scale in-house production capabilities. Gelner’s hire comes on the heels of SVP and Development Director, Howard Moggs, in July and CEO Zihla Salinas in March.

Gelner brings a proven track record of building creative agencies and driving client vision. Before joining Trailer Park, he helped build 180LA where he was Chief Creative Officer and Managing Partner. Throughout his 10 years there, he led the agency to win major clients like Pepsi, Sony, adidas, Boost Mobile, Expedia, Mitsubishi, HP, ASICS, Miller Lite, University of Phoenix and UNICEF. Gelner turned the shop into a creative powerhouse racking up numerous accolades including 3 Grand Prix and a Titanium Lion at Cannes. Prior to 180LA, he had been a group creative director at BBH New York where he launched the innovative branded content series on MTV called,  “Gamekillers” for Unilever’s male grooming brand, Axe. Gelner previously worked at other top creative shops including Cliff Freeman and Fallon.

“This is something totally new and exciting for me because it’s an opportunity to flip the creative agency model to be built on the things we make, not the hours we bill. By combining Trailer Park’s legendary heritage in entertainment, its deep production bench of over 500 makers in-house and Engine’s data and media expertise, I believe we can offer clients something different and necessary.”

The addition of Gelner rounds out a new leadership team during an impressive period of growth for Trailer Park. This news follows the Spring launch of Trailer Park’s Marquee, a dedicated strategy group, which provides clients with consumer insights and research (national and real time), behavioural data and strategic counsel. With the aim to lead the conversation around the current and future state of the entertainment, its first co-branded report in partnership with the University of Southern California’s Annenberg Innovation Lab, Marketing content in the attention matrix, debuted early July.