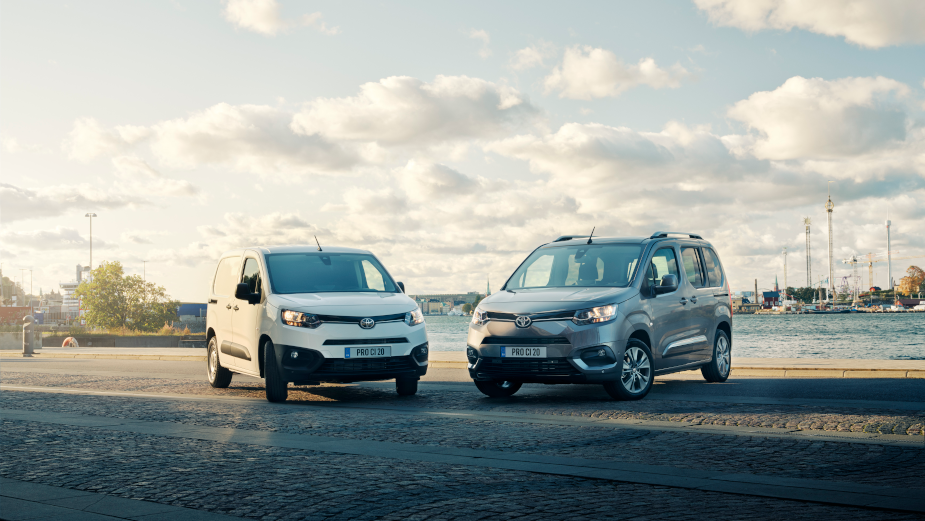 We know it’s more than just a job. Which is why this is more than just a van. The&Partnership’s Nordics office has created a campaign for Toyota’s new compact van PROACE CITY. The spot takes place in the center of Stockholm, following the lives of a group of professionals and highlighting the important role that these play in keeping the city going.

The&Partnership Nordics was assigned to conceptualise and produce the campaign for the launch of Toyota’s new van model PROACE CITY, which will roll out across all of Toyota’s European markets this summer. The film follows different professionals, who all rely on a van for work. Together with the new PROACE CITY, they keep the city going to the beat of their own music.

With fast camera movements and detailed scenery, we get the feeling that we are moving around in the middle of the city, following the different settings and people. The film was shot in Stockholm together with BRF and the stills were taken by Daniel Blom and BadLand.

The concept of ‘more than just a job’ was born from the idea that this is a professional group that keeps the rest of the city going.

The campaign was produced with a digital-first focus. Alongside the TVC, filmed in a modular way, the van’s different functions are highlighted in several social assets with playful cuts and graphics – as well as through banners and in print.

Mikko Kekäläinen, marketing director at Toyota Finland says: “whether it’s a power failure, water leak or building a completely new house, they are there. They have jobs which demand the right tools. In this case, the PROACE CITY is the perfect partner to trust in any situation. It’s more than just a van since Toyota, with our offer from financing to service and security, are ready to back our clients up whenever, all the way.”

Timo Orre, creative director at The&Partnership Nordics said: “I’m super excited that we had this opportunity to work on a pan-European model launch – our first for Toyota Motor Europe. The collaboration between the The&Partnership network, Toyota Europe and the production company has worked perfectly. Our ambition was to do something more fun and playful for vans than is normally produced, and I think that together, we succeeded with just that.”