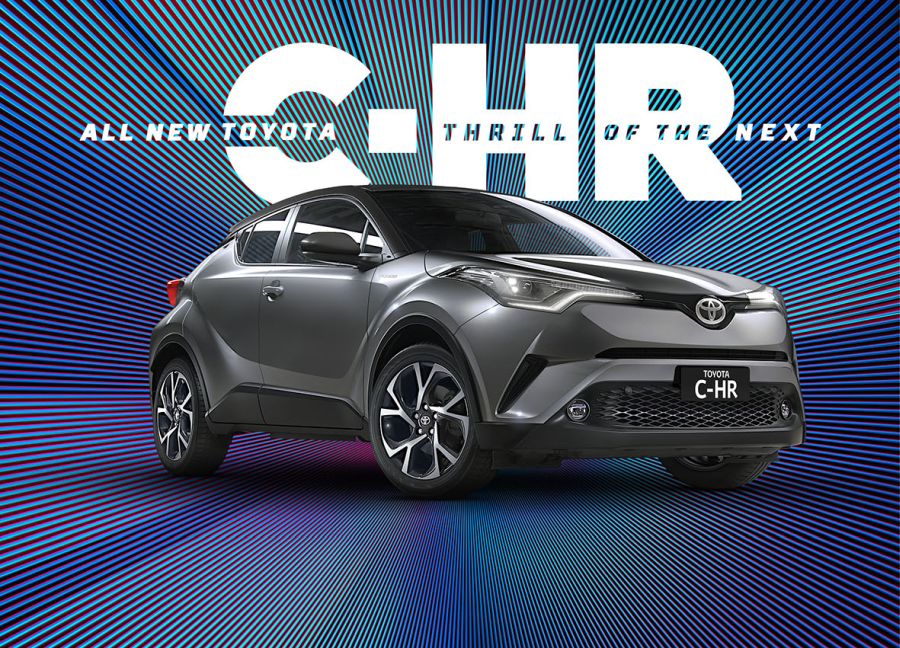 To launch the all new Toyota C-HR and signal a new direction for Toyota, BWM Dentsu has created ‘Thrill of the Next’, an integrated campaign aimed at cosmopolitan Aussies with a never-ending thirst for the next big thing.

The campaign’s hero commercial – by Exit Films’ LA-based director, Ben Tricklebank – unapologetically shows off the C-HR’s slick design, technology and performance as the car seamlessly moves a young couple from one experience to another.

The high-octane film was made possible thanks to a combination of innovative, live-action camera work and visual effects by Alt Vfx. The film also features an original score by Nylon Studios.

Wayne Gabriel, Chief Marketing Officer, Toyota Australia, said: “In more ways than one, C-HR represents the next. The C-HR is a new direction for the sub compact SUV category and a new direction for Toyota. It will appeal to a whole new generation of Toyota buyers and delivers the style, technology and performance that consumers in this market are looking for.

“This campaign showcases the style and innovation of the vehicle in a way that will really grab our target market’s attention,” Mr Gabriel added.

Asheen Naidu, Executive Creative Director, BWM Dentsu Sydney, said: “Thrill of the Next is a creative platform that leads to endless exciting opportunities. This is just the first step towards a bold new future for Toyota as a brand.”