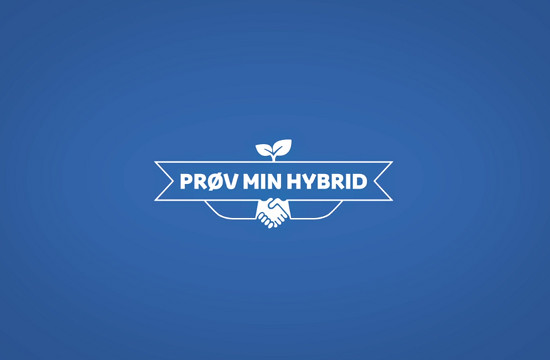 In a world first, an innovative Toyota Facebook campaign from Saatchi & Saatchi Norway invited Norwegians to test-drive other people’s Hybrids.  The ‘Try My Hybrid’ campaign enabled existing Toyota customers to act as brand ambassadors, and facilitated a welcome ethos of sharing the experience of driving a Hybrid with fellow Norwegians.

At the end of 2013, the Japanese car manufacturer Toyota created a site titled ‘Try My Hybrid’, to encourage owners of Hybrids in Norway to let others test-drive their car.  Without being paid, hundreds of Hybrid owners volunteered via Facebook to allow friends, neighbours and even complete strangers to test-drive their cars. Visitors to the ‘Try My Hybrid’ page were able to locate owners close to them geographically by postal code, or socially by logging into Facebook.

Øyvind Waage, Creative Director, Saatchi & Saatchi Norway commented:  “We have always wanted to use Toyota's (especially Hybrids) unique position when it comes to customer satisfaction and loyalty for something more than putting ribbons and "1st place in customer survey"-tags on traditional ads.  We wanted to prove it.  And when we finally came up with a way to do it that excited Toyota Norway as well, we all took a chance and made it happen."

The campaign has won a host of awards, and captured the attention of publications all over the world including AdGang (Japan), The Minneapolis Egotist (US), Bigumigu (Turkey), Brand Dog (Korea), CreaPills (France), Creative Criminals (Belgium), Line Up (UK) and MarketingOops! (Thailand).  Radio Norge broadcast from a hybrid car during a test drive, and there were 1.9 million views of the test-drive videos, with more than 150,000 visits to the website.  The success of the campaign meant that an estimated 1 in 3 Norwegians are aware of it, and not only has the environmentally friendly aspect of the car been emphasised, but also the sharing of the Hybrid drivers’ experience with friends and neighbours is completely unprecedented.