Toyota Entices Us To 'Fall In Love With Driving Again' 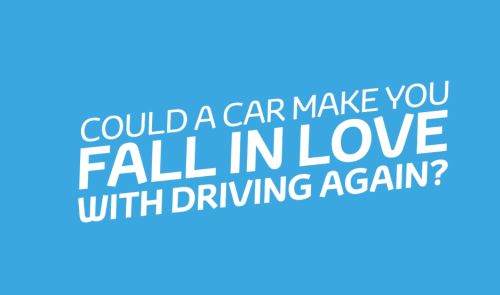 Toyota Motor Europe, today unveils its new campaign, ‘Fall in love with driving again’, which will highlight the positive emotions felt when navigating the streets of Europe in a Hybrid.

Recent research  showed there are three main factors that make driving more stressful - the brain works harder, anger builds up and frustration significantly increases . However Toyota’s own research reveals that stresses are reduced when driving a Hybrid.

The first film of the new campaign shows drivers in Rome, one of Europe’s most congested cities, participating in an experiment by driving the routes they normally drive in both Hybrid and non-Hybrid vehicles. The drivers’ emotions are then analysed to determine how stressed or happy they really are after driving a petrol or diesel and a Hybrid car.

Developed by Saatchi and Saatchi London, the ‘Fall in love with driving again’ digital campaign breaks across European markets including the UK, Italy and France. The first execution will be followed by a series of online films that bust the myths about Hybrid cars and then by further activity incorporating social and location-based marketing. Consumers will also be encouraged to visit the Toyota Hybrid website.

Dario Giustini, Toyota Brand and Marketing Communications Senior Manager says, “This is an exciting time for Toyota in Europe. Toyota is the leader in Hybrid technology and one of our objectives is to be a facilitator of better driving experiences. The objective of our marketing campaign is to demonstrate that consumers fall in love with driving again thanks to Toyota Hybrid.”

Lloyd Salmons, Digital Director at Saatchi & Saatchi London, says "Developing an experiment in partnership with Goldsmiths University of London to really put Hybrid cars to the test against petrol and diesel vehicles was our bold decision to disprove the myth that Toyota Hybrid cars are more difficult, and therefore more stressful, to drive. It is important that the emotional benefits of driving Hybrid vehicles speak for themselves rather than dictate to consumers how they should feel when driving.”