Toyota Announces 'We Are Hybrid' 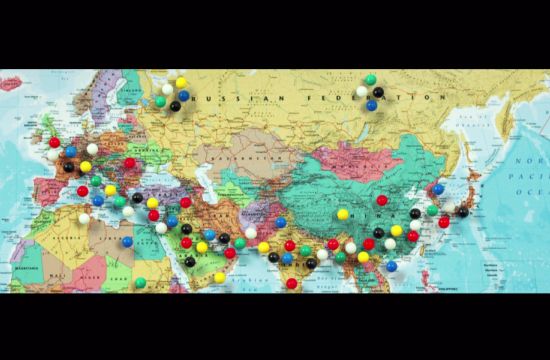 Toyota Motor Europe and Saatchi & Saatchi EMEA have launched a new brand film “We Are Hybrid”, celebrating Toyota Hybrid’s 5 million unit sales success and the happiness effect the engineering has on drivers.

The film made it’s debut at the Frankfurt Motor Show and is directed by hot shot UK collective “Bullion”, whose reel includes work for Sky, MTV, Tiger Beer and music videos for Disclosure and The Klaxons.  The film is a dynamic edit of different people, objects and places that, when paired together, form different kinds of smiles.

Hundreds of images were filmed over 4 days across the UK to bring this bright optical experience to life.  Combined with typography, punchy messages and positive music, the film aims to convey the feeling of a Toyota Hybrid driver.

“This film perfectly conveys the ‘feel good’ dimension of driving a Toyota Hybrid, the emotions you truly feel behind the steering wheel.  It also gives a lovely nod to the community of millions of happy drivers who enjoy a better Toyota Hybrid drive everyday”- says Stephane Rydlewski, Manager Campaign Development - Toyota Motor Europe.

“It’s a great opportunity to be able to tell a whole-hearted positive story about the way people feel about driving Hybrid cars.  If you look around carefully, you can always find an amazing array of inanimate and organic objects happily smiling back at you.  The simple approach is the basis of the visual idea,” says Adrian Caddy - Creative Partner, Saatchi & Saatchi.

Shown at the Frankfurt Motor show, and available online, the film also served as an introduction to the press day keynote speech by Toyota Motor Europe President, Didier Leroy.

Toyota is the leading hybrid maker with over 5.5. million Toyota Hybrid cars sold since the launch of Prius in 1997.  In Europe, the Toyota market share in Hybrid has jumped from 65% to 75% in the last year alone.