The campaign, conceived by LOLA MullenLowe celebrates Mother’s Day through its iconic bear 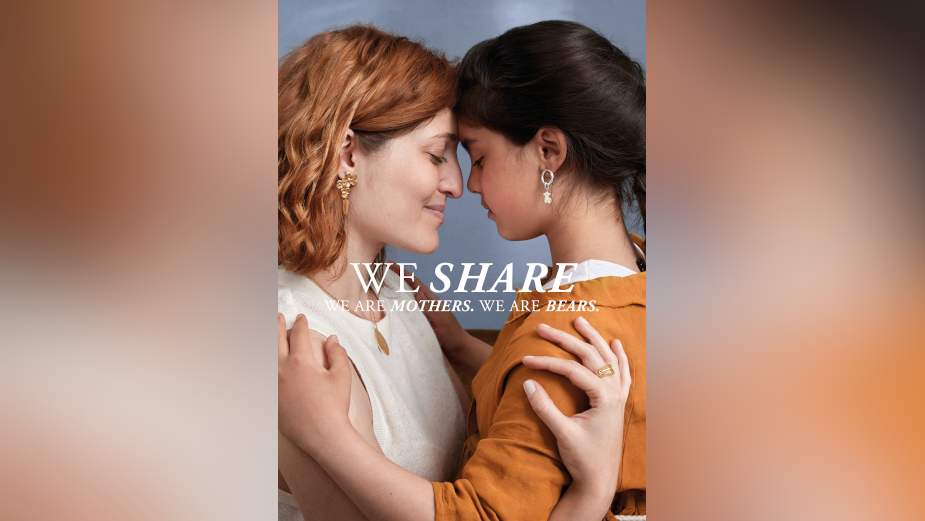 TOUS, the Spanish jewelry and accessories brand, leader in the affordable luxury sector, is celebrating Mother’s Day with a campaign that pays homage to the vulnerability and fortitude inherent in motherhood through its iconic bear.

Under the slogan, “We are Mothers, we are Bears”, TOUS highlights the similarities that mothers share with the bear, the brand’s icon. The aim is to spotlight different actions that have a connection with motherhood, such as: we share, we care, we dare, we’re aware, we’re rare and we’re there. The campaign, conceived by LOLA MullenLowe, will be launched globally on April 12th in audiovisual, digital, overseas and print media.

“As a jewellery company, we are constantly looking to nature as a source of inspiration and the bear is a key symbol for our brand. That’s why, this comparison is the perfect leitmotif for conveying how we are moved by the beauty and diversity of the experiences that surround motherhood.

We believe that this lovely idea epitomises the many qualities that mothers and mamma bears share in a very tender expression of empowerment.” Anaïs Durand, TOUS marketing and communications director.

“There are so many ways to express how important our mothers are and everything they mean to us. TOUS is a brand that has a very natural and honest connection with mothers. This year, we found a way to perfectly encapsulate this spirit and brand identity in an idea that really works.” Néstor García and Nacho Oñate, executive creative directors, LOLA MullenLowe Barcelona.