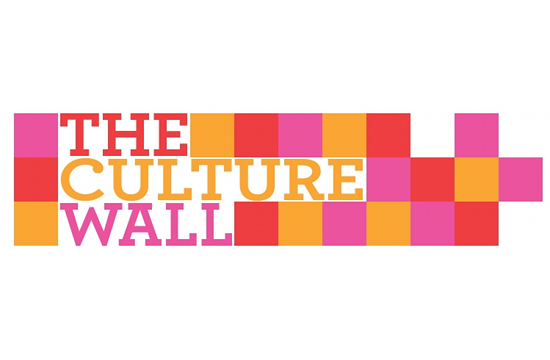 Publicis London has built an interactive Facebook App for Tourism Ireland to promote Derry-Londonderry’s status as the UK’s City of Culture 2013.

The App, part of The Culture Wall project, invites people globally to submit their profile pictures that will be built into an impressive mosaic to be unveiled in Derry-Londonderry later this year to celebrate its status as UK City of Culture 2013.

The project takes inspiration from the city’s artistic and cultural heritage and will bring to life a specially designed artwork by Derry-Londonderry artist Domnall Starkie by incorporating Facebook profile pictures and aims to create a legacy for the city beyond 2013.

Starkie was picked from ten artists by Tourism Ireland, Derry City Council and the UK City of Culture Team. Having built a reputation in Northern Ireland for work providing social commentary in a contemporary, graphic style, Starkie’s winning piece symbolises Derry-Londonderry’s future as a cultural hub.

The App will be hosted on Tourism Ireland’s Facebook page and aims to stimulate positive word of mouth around Derry-Londonderry by raising awareness of the City of Culture and promoting events happening in the city throughout the year. 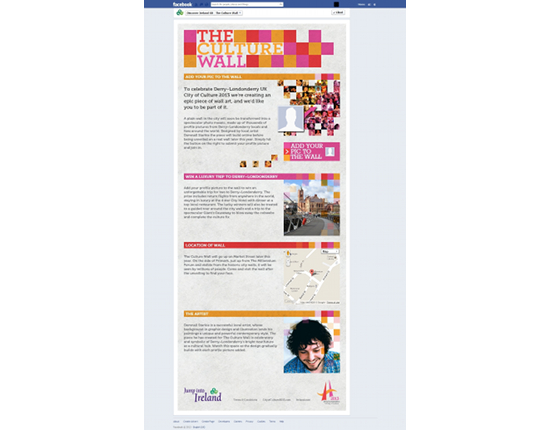 Simply by submitting their Facebook profile picture via the online App, people can have their image incorporated into a large-scale photo mosaic artwork. Once they have submitted their picture they can choose to share it, and interact with the work in progress to find their face.

They will also be entered into a prize draw with prizes including a trip to Derry-Londonderry and the chance to have their profile caricatured by Starkie.

The photo mosaic will build online but will only be fully unveiled in October when the piece goes up on a huge wall on the city centre’s Market Street, along the trail of Derry-Londonderry’s historic city walls. Those who enter will then be encouraged to travel to the city to ‘find their face’.

Brian Twomey, head of marketing communications Tourism Ireland, said “We are very proud to be associated with this initiative, which we believe will capture the spirit of the City of Culture and enable thousands to become involved through social media in creating a legacy to inspire future visitors.”

Jason Cobbold, deputy managing director of Publicis London, said: “It seemed only fitting to use Derry- Londonderry’s rich heritage as a way to promote the city in 2013 and help ensure its cultural legacy beyond. By bringing a digital campaign to the actual streets of the city, The Culture Wall gives everyone the chance to actually be involved in City of Culture 2013 and inspire them to visit the city itself.”

Shona McCarthy, chief executive of Culture Company 2013 added, “This year is all about showcasing the diverse and vibrant arts scene awaiting visitors to Derry-Londonderry. The Culture Wall is a great way for people to get involved in the City of Culture celebrations, and we hope those taking part will visit to find their face in the final artwork and enjoy some of the other exciting cultural experiences on offer.”

People have until the 13 September to submit their picture for the project, by logging on and visiting The Culture Wall app: https://www.facebook.com/DiscoverIrelandGB/app_347197978736630.