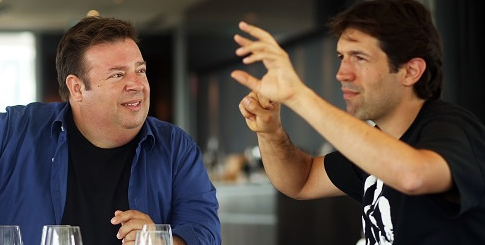 The series follows renowned chefs, Neil Perry, Ben Shewry and Peter Gilmore as they come together to create a uniquely Australian menu set to impress some of the world’s toughest critics including A.A. Gill, Heston Blumenthal and Alice Waters.

The series is an extension of Tourism Australia’s Invite the World to Dinner event held at the Museum of Old and New Art (MONA) in Tasmania last November.

“When people see these three episodes they’ll see just what an incredible undertaking the Invite the World to Dinner event in Tasmania really was, and get a much better appreciation of the people, the produce and places which make Australia such an exciting food and wine destination for international travellers,” Ronson said.

Michelle Galluzzo, creative director at The Precinct Studios said the series is as much about people as it is about food.

"When you bring together some of the most passionate and talented chefs, farmers, winemakers and artisans from across the country, you end up with a story that extends far beyond the plate.”

'Restaurant Australia' will start airing from this Sunday 16 August on 7TWO from 6:30pm. The show will also be aired overseas with international distribution deals currently being finalised.

The Precinct Studios is a production partner for leading brands that want to connect with their audience through quality content and entertainment.

“It’s become increasingly important for brands to produce content that engages an audience through entertainment," said Henry Motteram, Executive Producer of The Precinct Studios. "That's what this series does, it's a great story that's also answers the brand's objective so that when the audience are planning their next holiday, they can’t help but think about Australia."