Shot by Australian directors Brendan Fletcher of Mad Bastards fame and Warwick Thornton, best known for his work on movies Samson and Delilah and The Sapphires 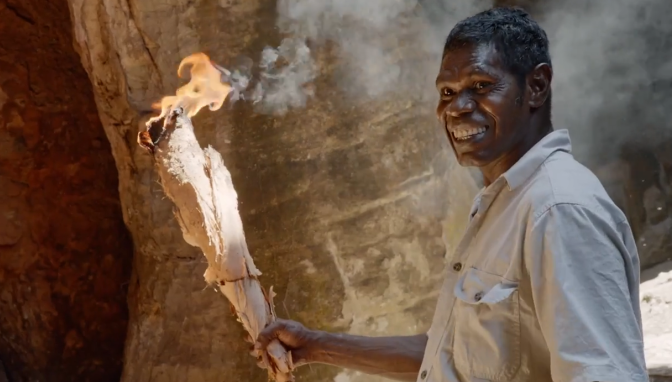 Tourism Australia is launching a new, short film aimed at encouraging more domestic and international visitors to include Indigenous tourism experiences as part of an Australian holiday.

Entitled 'Aboriginal Australia: Our Country is waiting for you', the film was created in collaboration with renowned Australian filmmakers Brendan Fletcher and Warwick Thornton and tells the story of Australia’s unique Indigenous tourism offerings.

Developed in partnership with Austrade, the film features a diverse range of Indigenous activities, adventures and immersive cultural experiences which can be enjoyed in the red centre and outback, lush rainforests and tropics as well as in cities and urban environments.

One of the misconceptions that the film aims to dispel is that Indigenous tourism experiences can only be found in hot, dry and remote areas.

"Australia's Indigenous experiences are a unique and important part of our tourism offering. Currently, 14 per cent of our international visitors participate in an Aboriginal cultural experience during their trip, helping to inject $6.4 billion annually into our visitor economy," he said.

"We’re confident this new short film, and our plans to make sure it is widely distributed both in Australia and overseas, will help promote this important facet of Australian tourism and grow these figures."

The film will be shown in Australia and a number of Tourism Australia’s key international markets, including China, Germany, Indonesia, Malaysia, South Korea, the UK and the USA where it is expected to be seen on TV, online and in cinemas by more than 50 million people over the next few weeks.

The film has already received strong backing from the tourism industry, including airports (Sydney Airport), international airlines (Etihad Airways and Virgin Australia) and hotel groups (AccorHotels Australia and IHG) who have all agreed to provide a platform to show the film to their passengers, guests and employees.

Visit www.tourism.australia.com/aboriginalaustraliafilm to view the film and find out more about the locations and products shown, the filmmakers and the research behind the project.