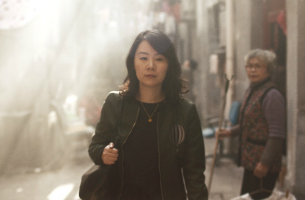 Women in China are advancing like never before: educating themselves, becoming financially independent and carving out a bigger role in society than being only someone’s wife or mother. In response to this, the All-China Women’s Federation launched the term Sheng Nu in 2007. It translates to ”leftover woman” and, as has been reported by the BBC, The New York Times and China Daily, it has been used to classify woman who remain unmarried after the age of 27, implying that they have been passed over by men.

Premiering worldwide today is a Chinese campaign, Forsman & Bodenfors’ first for global skin care brand SK-II. It is a film showing SK-II:s takeover of a marriage market in Shanghai. Titled ”Marriage Market Takeover”, it covers the pressure the women face from both their parents and society to marry young and chronicles their road to acceptance. The result is a film about the brave and inspirational women who won’t let pressure dictate their future. The film shows that Sheng Nus are not leftovers but on the contrary, strong women who choose if and when they want to get married.