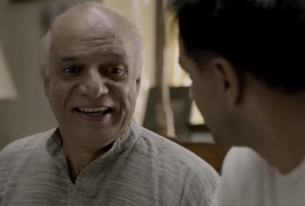 Cricket in India isn’t just a game, it’s a bona fide religion. With the Cricket World Cup taking grip, Grey Group India has launched a video that salutes all Indian cricket lovers and their passion and support towards Indian cricket and cricketers. To stir the emotions of these dedicated fans, the video features Brand Ambassador Rahul Dravid saluting the spirit of the Indian cricket fans who have made cricket what it is today.

Rajeev Sathyesh, Country Marketing Manager of Gillette India said, “Gillette, globally has been associated with sports for many years now. As part of Gillette’s endeavor to salute the spirit of all Indian cricket fans, we have launched Special Edition India razors. The new razors have the word INDIA engraved on the handle and proudly displays the country’s name and colours.”

Malvika Mehra, National Creative Director & Executive Vice President of Grey Group India, said, “They say fans make the game. No fans, no game. This short film is Gillette’s salute to the passion of every cricket loving Indian fan. Told through a story of a blind fan whose spirit and love of the game clearly overtakes his disability. In today’s overly crowded (and yet ironically isolated) social ecosystem, any sensible brand needs to have larger conversations with its consumers, they need to evoke 'real feelings’. The age of mere transactional communication is over. We are lucky to have a client like Gillette, who sees that. With this film we hope to touch a much richer space of a ‘real connection’ with the consumer. Leading to a far more satisfying pay off for a brand in the long run”

Yashaswini Samat, Executive Vice President, P&G, Grey Group APAC said, “Gillette has historically leveraged sports and sports celebrities, globally. The focus here has been on the common man, the fans and their unequivocal passion for the sport.”

Vishnu Srivatsav, Senior Executive Creative Director of Grey Mumbai said,” There are two kinds of fans, the fair-weather fans, who wear the jersey more to belong than to support and the true believers who have almost absorbed the ethos of the Indian colours. They are the ones who live and breathe cricket. A razor isn't something you carry everywhere. So buying one that comes in the colours of our cricket team, definitely isn’t for show offs, but true believers. We wanted to tell the story of a true believer, someone who has never seen the jersey, someone who hasn’t seen an entire era of Indian cricket, but has still followed the game with genuine passion. This is Gillette’s ode to the Indian fan, much like the razor.”