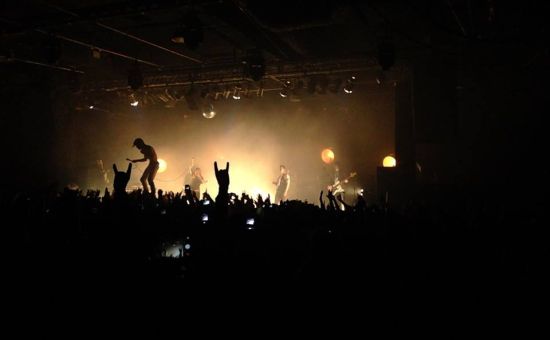 Toronto’s icons range from the likes of Neil Young to Drake (and Rob Ford… but let’s not go there!). The city is a real mecca for musical talent, with a bustling underground music scene that is quickly becoming an international hub for the arts. What better way to navigate such an exciting scene than to recruit a local music supervisor as your guide? Apollo Music Store’s Hannah Graham is today’s guest DJ, with a selection of tracks to give you a flavour of the Canadian capital…

“There’s a real infectious energy in Toronto right now that just seems to be building up and spreading through the city. It can be felt in the local culture, up and coming businesses and, particularly, the music biz. This year, for example, marks the arrival of the UK festival ‘Bestival’ in Toronto, which further cements the city’s musical status as on a par with superstar centres such as London and Rio.

“If you scrape the surface Toronto’s music scene might seem a little limited, but dig a little deeper and you’ll find an underground network of hidden bars, after-hours pop-up parties, and warehouse discos. The city is also blessed with the opportunity to see established bands like War On Drugs in tiny bars of, say, less than 350 people. Small scale settings like those help ease the claustrophobia that battling through a crowded sea of manbuns can cause!

“In the past year or so, artists such as Alvvays, Electric Youth and the Arkells (to name a few) have gained global recognition and put Toronto on people’s musical radars - where it belongs.

“Check out this selection of some of the city’s most exciting current musical acts.”

Hannah Graham is a Music Supervisor at Apollo Music Store

Listen to the playlist below or click here to open it in Spotify.