Toonies for Tummies Launches in Canada 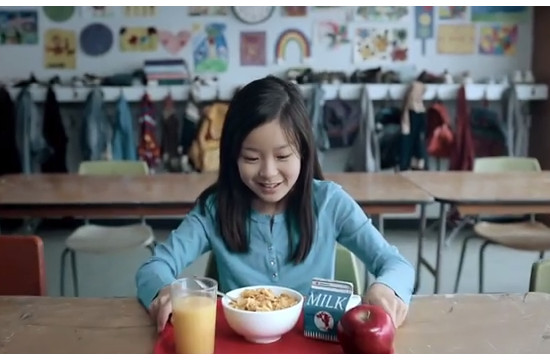 Grocery stores all across Ontario and Atlantic Canada will be asking shoppers to donate a toonie at checkout to provide breakfast for a hungry child in their community starting February 6th as part of their Toonies for Tummies program. To support Toonies for Tummies, creative agency Capital C has launched an integrated campaign to give people a compelling reason to donate and a way to track their donation. The campaign includes print, in-store, a microsite, social media and an online video.

“I was blown away by the stat that 1 in 6 kids across Canada goes to school hungry,” says Gary Watson, Chief Creative Officer, Capital C. “While global crises are absolutely worthy of our attention and support, a $2 donation can make a huge difference to a hungry child right here in Canada.”

This insight fueled the creative development of the online video which takes the position that even though the size of problem usually requires a solution that’s just as large, all it takes is a toonie to give a nourishing breakfast to a child in your community.

“Another thing that became really important is the notion of transparency and tracking - where does my money go and how much of it actually reaches those in need?,” continues Gary Watson. “Tracking their donation is something people will be able to do on the microsite to see exactly where their $2 is going.”

Toonies for Tummies runs from February 6-20 at participating grocery stores including Sobey’s, Metro and Longos. More information can be found at tooniesfortummies.ca