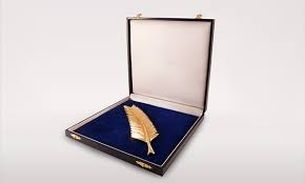 Tool’s Palme d’Or and Titanium Grand Prix wins are firsts for the 21 year old company and follow on the heels of Oliver Fuselier’s promotion from Managing Director to Managing Partner, Live Action at Tool. The production company has seen growth in both its offerings and international reach, having recently launched a VR division headed up by new hire Julia Sourikoff, and expanded into the European market with a presence in France.

“It’s been an incredible year for us,” said Fuselier. “We’ve had the pleasure of working with fantastic clients who constantly challenge and entrust us to create culturally relevant content to reach their target audiences. Being honoured with the Palme d'Or is a testament to the creative strength of both our Live Action roster and the entire team at Tool.”

Curated by Fuselier, Tool’s directorial roster is renowned for pushing the boundaries of innovation with its live action and integrated productions. Fuselier and Dustin Callif, Managing Partner, Digital have helped drive both the company’s ongoing new business success and growth from existing clients as the company continues to deliver story-driven and engaging experiences on an increasingly global scale. Tool’s founder, acclaimed director Erich Joiner, has been instrumental in developing the overall creative vision of the company, driving its growth, and inspiring the company’s ethos to produce the world’s most innovative creative.

“The Palme d’Or is an incredible honor, a milestone in Tool’s storied history,” said Callif. “Now, our biggest challenge is topping this year’s performance with a variety of innovative creative spanning live action, experiential, VR and digital. We can’t wait to see what next year brings as we continue to grow our presence around the globe.”