Aamund has directed commercials for major brands including McDonald’s, IBM, Samsung and Nokia 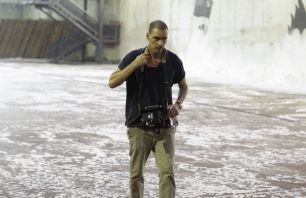 Tool today announced that it has signed acclaimed Danish director Martin Aamund to the integrated production company’s live action roster. Aamund has directed numerous documentary and commercial films that have been celebrated across the globe. Tool’s live action roster, curated by Managing Partner Live Action, Oliver Fuselier, is renowned for pushing the boundaries of innovation.

A resident of Copenhagen, Aamund is a world-renowned director known for his creative, yet methodical, approach to human-centred storytelling. Aamund began his filmmaking career directing documentary films for the UK’s Channel 4 and France’s Canal Plus. Since then, he has directed award-winning commercials for major brands including McDonald’s, IBM, Samsung, Nokia, Budweiser, Johnny Walker, Peugeot and, most recently, San Pellegrino. He’s been honoured by the Epica Awards, the CLIO Awards, the Cannes Lions International Festival of Creativity, and the New York Film Festival.

“I’d been exploring joining a global company with American roots for some time,” said Aamund. “There’s no more exciting production leader in the US market right now, and Tool’s commitment to creative development and exploration made it clear to me that their team offers the greatest opportunity for me to grow as an artist.”

"We’ve been admirers of Martin’s craft for years, but when we saw his work for San Pellegrino last year, we knew he was a star,” said Fuselier. “His mesmerising ability to tell a visual story in a cinematic way, and establish deep, meaningful connections with audiences, is unparalleled. We’re very lucky to have him join the team at Tool.”