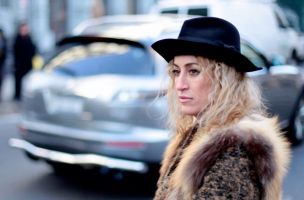 Tool today announced that it has signed award-winning director and photographer Danielle Levitt to the integrated production company’s live action roster. In addition to her world-renowned portrait photography, Levitt has directed and photographed numerous advertising campaigns for blue chip brands, and recently won a 2016 Primetime Commercial Emmy Award for directing the Ad Council and R/GA’s much-acclaimed “Love Has No Labels.” Tool’s live action roster, curated by Managing Partner Live Action, Oliver Fuselier, is renowned for pushing the boundaries of innovation.

Based in New York City, Levitt is best known for exploring the evolving landscape of the American youth culture, which is well represented in her work for Marc Jacobs and Reebok. Levitt’s other commercial work includes campaigns for brands including Nike, Sprite and Old Spice. She has also photographed celebrity portraits for Jenna Lyons, Rick Owens, the cast of Broadway’s Waitress, and Donald Rumsfeld. Since beginning her career in portrait photography, she has built a rich body of work including intimate portraiture and vibrant editorials for Vanity Fair, NY Times Magazine, TIME and GQ. As a commercial director, she has created original content for brands such as Apple, HP, Budweiser, Cadillac and Conde Nast publications, among others. She has since been honoured by the AICP Awards, Cannes Lions, The One Show and, now, the Emmys.

“I’ve long admired the work being done by the talented group of directors at Tool,” said Levitt. “Tool seeks out innovative projects that others may back down from, and I’m excited for the opportunity to challenge myself creatively and artistically as a director.”

“When I first saw Danielle’s work, I was immediately drawn to the rawness and realness of her vision,” said Fuselier. “I could feel and see that she saw life in a different way, and it was clear that she wanted to share that with anyone and everyone who looked at her work. She is dynamic, energetic, a force to reckon with, and we can’t wait to see where this new partnership leads.”